Hello Eltonites!!! We have today a very special guest. I was so impressed to see his items he's been collecting about Elton. A true collector. And a very special friend. Please, a big applause to one of the greatest: the fantastic, AGR82!!!! Welcome to allsongslist, it's fine to have you here to chat about what amazes we: Elton. 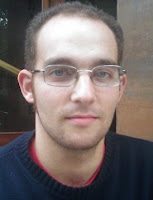 It was about 1985-1986, I always enjoyed 70´s music, at that time and at my age, you could imagine that I heard music for children and things like that, but fortunately my parents gave me the opportunity to hear some music that they enjoyed.

In 1980 while my father was on the Military Service, he recorded many tapes from several artists like Queen, Rod Steward, Electric Light Orchestra, Bee Gees, Supertramp and he also recorded some Elton John´s songs in the B side of one of those tapes. I don´t know where it is now but I remember very very well the songs featured there, they were Your Song, Candle In The Wind, Crocodile Rock, Goodbye Yellow Brick Road and a small portion of This Song Has No Title. (And I spent lots of years trying to get a complete version of This Song... until I bought the Goodbye Yellow Brick Road CD).

When I was 7 years old for my birthday my uncle asked my parents to buy me something as a present, they suggested an Elton John tape, so my uncle bought me Greatest Hits I and the new Sleeping With The Past, those tapes were a big surprise to me and since then in every birthday he always bought me a new tape.

Great! What was it like seeing Elton for the first time and how many concerts have you been at? And also, could you tell us if you have ever been in touch with him, got a signed autograph or even, spoken with him or with other members of his band?

Well, I have to say that I never went to see him live, there were two times, one in 1992, I was 10 years old and my mother didn´t allow me to see him live (of course she would come with me but finally she decided not to go) and another one in 2007 when he planned to play in Vitoria, I had ticket, travel and hotel but finally the concert was cancelled. The other times he played on Spain for one or another reason I couldn´t even to plan about going.

What a pity! Which concert do you think now you should been there, for its rellevancy... for the particular show... for a funny costume he wore...?

I´d love to have been on any of the MSG shows of 1976 with that powerful band that he had then. Also the Wembley gig in 1984 was a very good one, Rio in 1995 was another one with a incredible band and finally the 60th Birthday should have been great to be there.
As you can see they are very different shows.

Oh, once you said "Nigel is the worst drummer for sure that Elton had in his whole career. Charlie Morgan and Roger Pope were the best drummers that he had on bands. I don´t know why people adore him as drummer ". Upps!! Why you said that?

Well, I still thinking the same. I tell you why:

The first time that we can see Nigel live is the 1970 BBC show playing an edited version of Burn Down The Mission, there we can see a very very nervous Nigel trying to play as best as he could but he didn´t play a very good performance. I read in one book that Elton in 1969 was not very sure about the Nigel´s playing and I´m with Elton. But also I have to say that Nigel improve his technics that year a lot and he did a great tour in US at the end of that year, listening 17-11-70 album you can see the difference.

Later Nigel kept his best level about two years and a half (until the end of 1972) but I find Don´t Shoot Me and Goodbye Yellow Brick Road albums very simple in terms of drums. The Caribou album (and its tour) showed us a very bad Nigel on drums, always doing very very simple rythms, so I understand why Elton fired him in 1975.
When he came back in 1980 I have to say that he played on that tour better than Caribou Tour, although nothing spectacular, he recorded The Fox album (again not very good drums) and finally Elton decided not to tour that year, but he said that if he toured it would be with a different drummer, very strange that: in his next album drums were played by Jeff Porcaro and not Nigel, Why? Who knows... And later he came back for the tour (I suppose this was thanks to Davey Johnstone and his comeback to the band) and Nigel did a good tour. The nexts two albums Too Low For Zero and Breaking Hears and their tours were again a very discreet ones so Elton again chose the correct option: to change the drummer.

I wasn´t very excited when he came back again for the El Dorado Shows and ONO gigs but I suppose Davey convinced Elton again. The last... 25 years maybe? Davey Johnstone is who select the people for the band, sometime he succeeds finding the best musicians but other times not.... Nigel is the best example. At least in my opinion, but I suppose their friendship helps Nigel to come back to the band as many times as Elton needs a new drummer.

Now I have to say that I have three of his solo albums released in 70´s and 80´s and he did a very good job in some tracks.

Well, you know this is the Week of 1972. Elton recorded a rollicking collection of ballads, rockers, blues, country-rock, soul songs, and Honky Chateau was the result. "Amy" is probably one of Elton's most underated songs, in my opinion. What do you think about this album? Is one of Elton's finest works? And what about Gus Dudgeon as the producer? 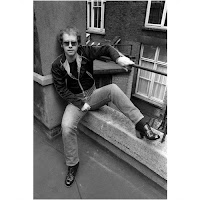 As I said before yet in 1972 Nigel Olsson played very well and this album was not an exception, also it was the first album where Elton could use his own band with the nice addition of Davey Johnstone. The result is a great and different album with great songs, Suzie, Amy, Hercules, Salvation or Mellow. I hope one day we see a complete DVD with the first almost-complete performance of this album in 1972, we have snippets of the show (Rocket Man, Honky Cat or Mona Lisas And Mad Hatters on several DVDs but I´d love to see the complete gig, the first part with the orchestra and the second one with his band). Also I´d like to have a deluxe edition with demos and unreleased songs as the EJ and TC ones that were released about one year ago. This album could be easily in my top ten for sure.

About Gus Dudgeon, I´m not a producer to talk about him, there are some albums whose sound doesn´t like me (Caribou or Leather Jackets). For me, the best sounding album was Songs From The West Coast which was produced by Patrick Leonard, but I´d like to know what Gus could have done with the same studio that Patrick had that year because in 70´s the studios hadn´t had so many things like the actual studios... So, who knows...

Precisely, with "Rocket Man" Elton had his first success in Spain. Then it was "Nikita" and then "Sacrifice". But, apart for the "Candle in the wind 1997" thing, Elton hasn't had the success I think he deserves, in sales terms, in Spain. Why do you think is that so?

It´s a pity that Elton hasn´t had the success he deserves. I still have a review of his live concert in Barcelona in 1984 (if someone has the audio recording give a touch, I´m searching this show since 1997) and it was excellent according to the journalist, also we can see a sold-out-Mini Estadi-Concert in 1992 in a very good live DVD but it´s not enough, I mean, sometimes when someone has so many success we forget him or well, we accept this as normal, when to have success it´s not very easy and much harder, to keep yourself alive after all this time. I suppose that when he dies (I hope he lives many many years more) everyone will discover how good he was (is) as always happens. Anyway for me he´s the best and I enjoy his music, so what people thinks about him, I don´t care. I still buying his music and I still wanting to do it so this is the most important thing.

Anyway here in Spain in terms of music we´re not very intelligent, so to change everyone´s mind it´s impossible.

You are a collector, a great collector of items about Elton. Which is your Elton's item that you really appreciate, for being hard to get or for the happiness you've got to have it?

To everyone who wants to know about my collection, it can be seen here: http://usuarios.lycos.es/rmtscollections/elton.htm
I´m doing a 2.0 version with lots of info and more items that I've got the last two months, but I don´t have time now to do it, in some weeks I´ll start again. As soon as I finish it you will know it!

About the most important items to me... I´d say The Rock Of The Westies Tour Book and It´s A Little Bit Funny Book. Why? Well, there aren´t many photos of Elton in 1975 and 1976 with the Rock Of The Westies and Blue Moves band and those two items shows a lot of pictures and interesting info. My favourite Elton John band ever it was this one so, anything I can get about that band it will be very appreciated.

And that one it could be a must have in an eltonite's collection?

If you are a real Elton John fan I think you should try to have a real signed item, it doesn´t matter which one, but if you´re really a fan, a signature it´s the best thing you can get as a collector.
(BTW if any of you have an original signed item for sell with reasonable price contact with me!)

Great!!! Would you want to add some observation or suggestion, or something you want to say to other eltonites?

Yes, thanks for giving me the opportunity of this interview, I hope someone likes it and most important thing, sorry for my english, I´m trying to improve it every day a little!

Thank you very much, Antonio, you did it very well. It was really a worth experience for me to do this interview. An honour you share your time with AllSongsList. Take care and good luck.
by Jackrabbit on 3:47 pm