The Story Behind "Blessed" 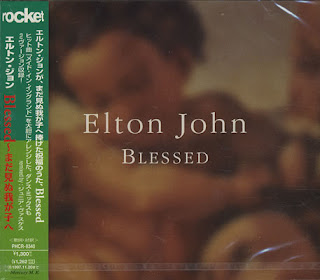 Elton John does not have any children, but does have ten godchildren. Besides Sean Ono Lennon, these include Elizabeth Hurley's son Damian Charles, David and Victoria Beckham's son Brooklyn, and the daughter of Seymour Stein.

On the following interview: Paul Flynn meets Elton John and David Furnish, from London Times, Elton was asked about children: "Do you want kids? Elton: No. I’ll take the perks of being gay where I can get them and that’s one of them for me: gay men are the only group of people who aren’t looked down upon if they don’t have kids". 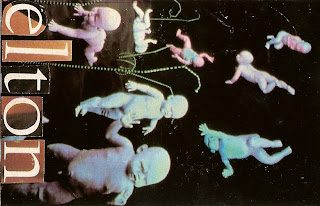 But for David Furnish point of view, this is never likely to happen because Elton's always too busy. He says, "I wanted children. We talked extensively about adopting, but it came down to Elton saying, 'I'm going to continue to do what I do and it will be very difficult to raise a child with you if I'm not going to be there'." Furnish, 45, fears he will always be sad about the decision. He adds, "It will be my one regret when I leave this planet; that I never had children of my own, because I really love children."

But it was Bernie who gave the meaning of the song, with his desire to have children "your eyes open up" declared. "I love getting up and taking kids to school. It's a great feeling". The lyrics gave voice to his desire:

"Hey you, you're a child in my head
You haven't walked yet
Your first words have yet to be said
But I swear you'll be blessed

I need you before I'm too old
To have and to hold
To walk with you and watch you grow
And know that you're blessed"
by Jackrabbit on 2:05 pm