Jim Turano: One Of The Greatest Elton's Fans

I've always admired Jim Turano who, in permission of greats Tom Stanton and Liz Rosenthal, is one of the best reviewers of Elton John albums. His chats with Stanton in "East End Lights" magazine were one of the most incredible things you could ever read.

Jim is really a true Elton John fan. His knowledge of Elton's life and music is unending. Along with Mary Anne Casatta is the author of "Elton John Scrapbook", a must have book for eltonites. Unlike many of the books about Elton John this, as the name implies, is in the format of a scrapbook, in other words, a montage of Elton John's life and career: 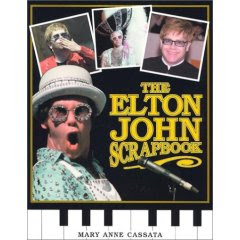