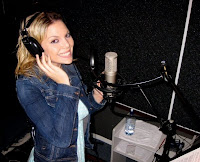 Lara Franks is an incredible singer. She was born on 17 January 1988 in Hammersmith, United Kingdom: "My family & I moved to New Zealand in 1990 and I grew up there" she said. Stuart Epps wrote and produce "Cry No More" for her, a beatiful and heartfelt song, that fits so well with a soulful voice. The song features Bob Birch on bass and Juliet Gough on backing vocals. Lara has the music in her genes, her father, Clive Franks is well known for working with Elton for about 50 years as an engineer. At 13 years old, Lara wrote her first song, "Rain Or Sunshine", re-produced in 2009, that reads "Everything around me becomes a blur, except your face it's still there": "I have been writing & producing my own music since I was 12 years old" she added. A falling relationship develops to "With Your crazy" and "Eye To Eye", two passionate songs with great lines as "How could someone I loved suddenly be so unkind?". Lara also made her first incursions on dance music with "Dance Days", a song that came when she was playing with the programme she used to make her music. A few songs by her could be heard on her youtube channel, just check out on TheLaraLizz Channel. "Music is my passion, and my biggest love, and I hope to be writing & singing for the rest of my life!" she concludes. With a brilliant future in front of her, Lara will come back to the studio to record more songs with Stuart as the producer.

Danny Shah is another talent on Stuart's hands. His new single "Universe" was released last 1st October with great success. Shah is a 19 year old singer and songwriter based in Glasgow, who formally fronted Metal Rock Band The Detours. Danny writes about his life experiences his philosophy is to write at times when he’s at the height of his emotions. As Danny believes “Not only do your words and creativity go into it but you can feel your heart flow through it”. And that's true. Now he's promoting the single on various media channels. More info on: www.dannyshah.com. 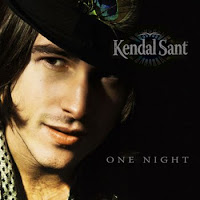 Kendal Stant, originally from Middlewich in Cheshire, he's the case of emerging talents that have to make himselfs: "I started going to the bar and one night I got up and did a couple of songs. When I finished, the owner was impressed enough to offer me 5 nights a week, 3 hours a night playing in his two bars for 100 Euros a night" remembers in his website www.kendalsant.co.uk. "I saw an advert on TV for a new reality TV show - the "e4 school of performing arts", so I applied and after a long audition process, I eventually got in" he added. Strongly influenced by great artists such as Bob Dylan, James Taylor and Neil Young, he has recently released his first album, "One Night", under the guidance of Stuart Epps, and he has also signed to SORCY Productions.
by Jackrabbit on 3:16 pm