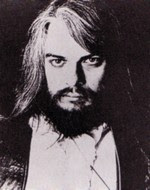 Born Claude Russell Bridges, on April 2, 1942, in Lawton, OK, Leon Russell, began studying classical piano at age three, a decade later adopting the trumpet and forming his first band. At 14, Russell lied about his age to land a gig at a Tulsa nightclub, playing behind Ronnie Hawkins & the Hawks before touring in support of Jerry Lee Lewis. After becoming a part of Phil Spector's studio group, Russell played backup on many of the most popular hits of the 1960s, including songs by The Byrds, Gary Lewis and the Playboys, Bobby "Boris" Pickett and Herb Alpert. He also recorded his first LP, Look Inside the Asylum Choir, in a collaboration with Marc Benno. His first songwriting hit was Joe Cocker's 1969 version of "Delta Lady".

Russell founded his own label, Shelter Records, with UK producer Denny Cordell and released his self-titled debut in 1970, which included the original version of the popular "A Song for You" and received unanimous critical approbation. His own session players included Steve Winwood, George Harrison, Eric Clapton, Charlie Watts, Bill Wyman and Ringo Starr. Following further session work, including playing with Bob Dylan and Dave Mason, he appeared at the historic Concert For Bangla Desh in 1971 but was forced to rest the following year when he suffered a nervous and physical breakdown.

He returned in 1972 with the poignant Carney. This US number 2 million-seller was semi-autobiographical, using the circus clown theme as an analogy for his own punishing career. The following year Russell delivered a superb country album, Hank Wilson’s Back!, acknowledging his debt to classic country singers. That year he released an album by his future wife, Mary McCreary, and in 1974 an excellent cover version of Tim Hardin’s "If I Were A Carpenter". 1975's Will O' the Wisp, restored his commercial luster, thanks in large part to the lovely single "Lady Blue." Russell in 1977, was awarded a Grammy for his song "This Masquerade", which made the US Top 10 the previous year for George Benson.

A partnership with Willie Nelson produced a superb country album in 1979. The single "Heartbreak Hotel" topped the US country chart, endorsing Russell’s acceptance as a country singer. An excursion into bluegrass resulted in the 1981 live set with the New Grass Revival. Following Hank Wilson Vol. II in 1984, Russell became involved with his own video production company.

Russell returned in 1992 with the issuing Bruce Hornsby-produced Anything Can Happen. The album appeared to little fanfare, however, and another long period of relative inactivity followed prior to the 1998 release of Hank Wilson, Vol. 3: Legend in My Time. Face in the Crowd appeared a year later. Moving into the new century, Russell issued Moonlight & Love Songs, an album of cover songs, in 2002, followed by Angel in Disguise five years later in 2007.

Althought Elton met Leon Russell in 1970 and had been tourin' together for a few dates, they didn't worked together anytime; only Elton covered Leon's "A Song For You" on the "Ice On Fire" Tour, in 1985-86. But their mutual admiration continued throughout the decades, util Elton heard his partner David Furnish playing a Leon song while on holiday, and was so moved by memories that he burst into tears. A phone call later, and The Union Project was organised. Elton described Russell as his "idol" and working with him as a "humbling and moving experience." Most of the songs were written by Elton and long-time lyricist Bernie Taupin, with occasional contributions from Russell and Burnett, the producer. The album's closing track "The Hands of Angels" was penned by Russell, and it's regarded as a clearly thank you to Elton for helping to save his career.

Sources from:
The Encyclopedia of Popular Music by Colin Larkin. Licensed from Muze.
by Jackrabbit on 8:02 am