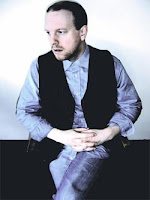 With Elton John's guitarist as a dad and country singer as his mum, Tam Johnstone grew up with music around. His first teenage work experience stint at George Martin's Air Studios, where in his words, he passed "the days making tea for rock legends, and discovering that £200 in sushi is best not heated in a microwave". Also he worked for Rocket Records Company, in the A&R department. As a professional musician, he drummed for a succession of pure pop outfits: Green Tambourines and Jaguar. He joined John Jorgenson in his 2002 UK tour, playing drums. Apart from working with artist as the calibre of Don Henley, David Hallyday, Evan Dando of The Lemonheads, Tammy Wynette or Elton John, on "Reg Strikes Back" sessions, Tam Johnstone recorded as a solo artist too. 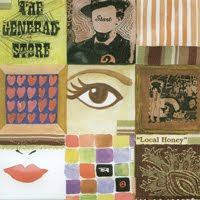 Aka as the Generalstore, he released two succesful and highly recommended albums: "Mountain Rescue" album #2, in 2008, and "Local Honey", the critically-acclaimed debut in 2002. Taking inspiration from Neil Young and The Eagles, two of his favourite artists, along with The Beach Boys, those albums are paying tribute to '70s country rock. Eltonite who loves West Coast rock 'n' roll, these are albums we must have.

"Local Honey", (C) 2002 Not Lame Recordings, was regarded as "the best West Coast pop record in decades", according to popmatters website. With beautiful arrangements and melodies, the album was produced by himself, and featured drums, guitars, keyboards and vocals too. 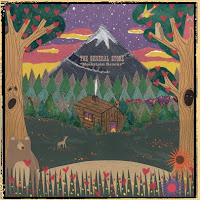 "Mountain Rescue", the follow-up album, (C) 2008 Brewery Records, was co-produced by Paul Reeve (Muse). The album has direct pieces of roots rock and country as well as power-pop and pop. Tam intentions were well explained in his website: "The plan from the start was to make an album like they used to - on tape with natural performances and not too much jiggery pokery. (...) All the old studio tricks were deployed - Leslie speakers, tac pianos, harmoniums, vocal spreads. We really were trying to make a record that doffed a cap to those classic albums of the early 1970s." 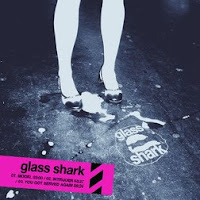 Johnstone also lead an explosive british power disco band called Glass Shark, formed in May 2006, playing guitar, percussion and drums, and doing vocals. Along with Jimmy Green, James Bailes and Matt Anderson, they have been featured on BBC radio and ITV, in the pages of the NME and Music Week and at major live events such as the Ripcurl Boardmasters Unleashed festival and the WorldSpace sessions at Abbey Road studios.

More recently, Tam has been building a reputation as a DJ and is currently living in the United States, working with Michigan-based tribute band, Fifty Amp Fuse. And he is currently writing and recording with several up and coming artists. "Although I've been a professional musician since I was 18 and have rubbed shoulders with some of the most famous people on Earth, I just smile pleasantly and laugh it off while seething inside. It's the British way", said Tam.

Check out the following official sites for more info: