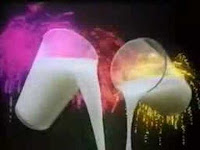 The Daily Telegraph reported taht Elton attempted to sell Watford FC to Robert Maxwell in December but was blocked by a Football League ruling banning chairmen from owning more than one club.

Reg Strikes Back private party in London. Elton premiered "I don't wanna go on with you like that", "Mona lisas and mad hatters (part two)", "Town of plenty" and "Japanese hands". 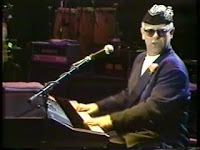 Elton performed a half hour solo set for media crowd at Axis Club in Boston playing "Blowing in the wind", "Just loving you", "Get back", "Hound dog", "I heard it through the grapevine" and "Whole lotta shakin´".

Daily Express reported that Elton suddenly pulled out of Ken Russell's film The Rainbow, based on DH Lawrence novel. Elton was said to play Uncle Henry, a flamboyant good-liver. 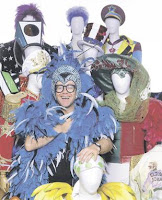 The display of Elton's art collection opened at the Victoria & Albert Museum in London, and ran until 23 August, before it was auctioned at Sotheby's.

Daily Mirror reported that Elton had admitted being worried about AIDS and had been tested for it many times.

News Of The World reported that Elton asked his wife Renata for a divorce. 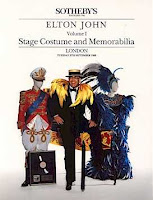 Elton decided to clean out many of his belongings including his concert costumes and jewelry. Sotheby’s four-day auction brought in $8,224,637 and the top sale item was a surrealist painting by Magritte of a blue fish wrapped in pearls. It went for $119,700.

Eric Clapton joined Elton on stage at the Hollywood Bowl for "Saturday Night's Alright (For Fighting)". 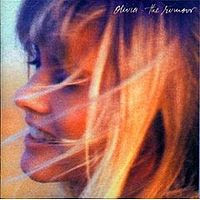 Elton produced for Olivia Newton-John album titled "The Rumour". The album begins with the Elton John penned title track co-produced with James Newton Howard and the lyrics were provided by Bernie.

A press announcement confirmed Elton and Renate divorced. Renate's divorce settlement was rumored to be as much as $45,000,000. Elton had already bought her a $600,000 cottage in Surrey, and friends report she'll lay no claims on his fleet of Bentleys.

Elton was pictured in the front page of The Sun with the headline "Sorry Elton". The newspaper agreed to pay Elton £1m in libel damages. "This is the best Christmas present I could wish for".
by Jackrabbit on 1:27 pm