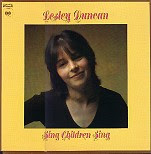 Lesley Duncan is a British singer / songwriter. She was mainly a singles artist with recordings dating back to 1963 but with a string of unsuccessful singles. She was more successful in the session field, doing backing vocals for a number of British artists including Elton John, Dave Clark 5, Pink Floyd.

After Elton John recorded "Love Song" this landed Lesley Duncan a recording contract with CBS / Columbia Records. Her first album "Sing Children Sing", released in 1969, included Elton on piano; "Sing Children Sing", "Love Song" and "Help Me Jesus" would all be released as singles in the US. Other artists like Olivia Newton-John and Long John Baldry covered some of Duncan's songs. In 1976 MCA released her next two albums "Moonbathing" which again included the help of Elton John, and in 1977 "Maybe It's Lost". Lesley Duncan also did a short tour in the US in 1976. 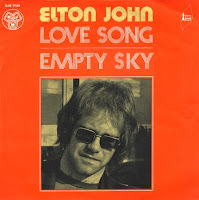 The last album Lesley Duncan appeared on was the 1979 release by Alan Parsons Project called "Eve" where she sang the track "If I Could Change Your Mind". Lesley currently resides in the U.K. with her husband and her half border collie, quarter bearded collie, quarter sheltie, totally drop-dead gorgeous puppy.
by Jackrabbit on 1:41 pm