Giorgio Onorato Aquilani was born in Tarqunia on March 8th 1983. The worldwide pianist and singer Renato Carosone together with his wife Lita agreed to be little Giorgio’s Godparents. The little piano boy grew up in places where music was always present: "The thing I love most of music world is that no one can objectively say if something's good or not, if something will work or not.... and this give me a little more hope!" declared Giorgio about his career to began. At early age, 17 years old, he composed the official Peace anthem for the year 2000 Jubelee, performing it in the Vatican's Gardens in front of the Pope and 112 state chiefs from all over the world. 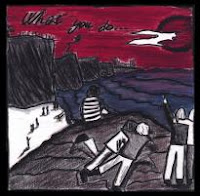 "What really matters is that I am basically positive... A dreamer..." explained at 19 years old when he debuted his first ever album recorded and launched to conquer the international public’s attention: “Blue Turtle”, a collection of emotions and stories of his generation. "I basically consider myself as a Rock/Pop artist, the album contains a huge variety of moods and genres including country and symphonic!!!!" was his presentation to the world. Following his dreams, he was able to impact with a succesful single, tribute to The Corrs, the Irish band that influenced him by the time. The single called “What you do” owed a good part of his music tastes and inspiration, together with his eternal idol, Elton John.

In 2004 he performs at the Venice Cinema Palace getting the celebrated Gondola d'Oro prize as upcoming international pop figure. And in 2005 he partecipates to an international music challenge organized for Elton John's Captain Fantastic 30th Birthday. He got the first place being rewarded at the Hard Rock Cafe in New York after composing and singing "Dogs In The Kitchen", lyric written by Bernie Taupin and never turned into song by Elton John. Also, he composed all the musical themes for the Venice Poetry Biennale. In 2006 he finishes the recording of 11 tracks (in english language) for his first independent album named "giorgio@aquilani.it" , whose songs toured worldwide radio stations.

From this point, the successes succeed one behind another: in 2006 his voice is chosen by Sony Pictures for the italian version of a song featured in their latest animated movie: "Open Season"; in April 2007 the song "The End Of My Road" got a nomination for best pop song at 17th Annual Los Angeles Music Awards; and in March 2008 "IV TOTO" a worldwide TOTO Fans Anthem was released. The project came out from an idea of Giorgio’s and toured the world. Giorgio wrote the music for the track, played the piano and sung on it. And Bobby Kimball featured as the special guest.

Marketing Director in his family firm, F.lli Aquilani srl, he prepared a big party, what it had to be the "Party Of The Century". 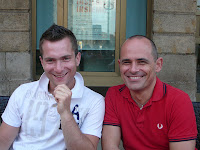 For his part, the lyric partner Ivan Nossa was born in February 1968 and lives in Treviglio, a small town in northern Italy where he runs his own business translations service firm. Lingua + has born in 1997 and immediately became a valid collaborator for small, medium and large companies by supplying linguistic services oriented towards foreign affairs and industrial technology.

The man who writes the words for Giorgio has been writing lyrics and poems since a long time. His secret? "The magic is that we have been able the transform personal feelings that gave birth to these lyrics to general topics that can adapt to all listeners emotions" expressed Nossa about the last record "Party Of The Century". And that's it: the fine words for the great lyrics. Touching many relevant themes such as: Love, Friendship, War and Aids, Nossa has been collaborating with Giorgio since 2000, being part of Giorgio's success. And he delivered a great collection of poems for the Party, for Giorgio's party.
by Jackrabbit on 12:47 pm