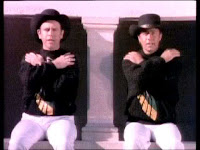 "To make a chain of fools / You need a matching pair" reads the lyrics of "Passengers" (1984). Not habitual to see Bernie Taupin on an Elton's video, but a cameo appearance was due this time. Directed by Simon Milne in St. Tropez, France, the success of the video meant the success of the single in music charts. Passengers where black people of South Africa who were literally passengers on a train, traveling from desolates homelands to their jobs. Bernie caught the idea and symbolized a route to the freedom. The anti-apartheid message of the song is well reflected on the video, where dancers in half-black/half-white faces are dancing along Elton, who's playing a kind of cross-cultural facilitator between different cultures. Also, it was funny to see Elton dangling from an helicopter. 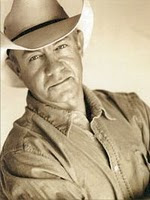 Born in 1950, Bernie Taupin grew up in the Lincolnshire region of the north of England. Taupin is best known for his 40-year collaboration with Elton John, although he has released several solo albums and has written lyrics for others. Taupin's association with John has made him one of the most prolific lyricists of the 20th century. Also, he has expanded his artistic horizons and found it's way onto the canvas. 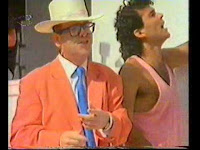 A word spoken in another language, on an imagined movie scene, brought a girl to tears. "A Word In Spanish", the multi-coloured video, directed by Russell Mulcahy, find Elton on the street, singing in the background, as two good-looking latino boys are fighting for the girl.

George Perez was born the seventh son of nine siblings in Tijuana, Mexico. He was accepted into the Los Angeles High School of the Performing Arts at 15 years old. While attending school, he was discovered by Kenny Ortega, Director and Choreographer of the "High School Musical" franchise. That same year he also appeared in his first break out role as the lead in Elton John’s music video “A Word in Spanish", and a string of guest starring roles followed on hit TV shows like "China Beach, "ER", "JAG", and "Walker Texas Ranger." 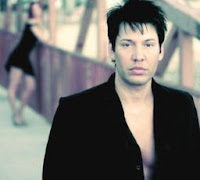 Born in Puerto Rico, Remmy Palacio is a multi-talented entertainer, mastering a variety of instruments and writing his own music. In 1986, Remmy and two other musicians created the group “Nice N Wild”, whose album "Energy, Love & Unity" produced two 1 radio hits: “Diamond Girl” and “Oh Baby”. He studied under choreographer Vince Patterson, who choreographed Michael Jackson’s “Smooth Criminal”. Remmy also studied with Kenny Ortega, known for his choreography in “Dirty Dancing” and many other music videos. Remmy appeared in two of Ortega’s music videos: “A Word in Spanish” by Elton John, and Chayanne’s “Este Ritmo Se Baila Asi”. Remmy began his career as a soloist in the English market with “Another Lover” an original song of his, and one of the most important hits of his career. 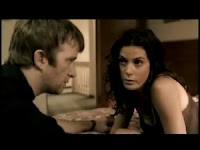 Thomas Jane and Teri Hatcher made a cameo appearance on Elton's video"Turn The Lights Out When You Leave" (2005). The promotional video of the song was lensed by Sam Taylor Wood and reflected the disagreements of a young couple in their relationship. Elton unveiled Hatcher as his celebrity choice for the video because he was a massive fan of the hit show "Desperate Housewifes". Hatcher said she enjoyed every moment of it: "It was really surreal, very arty".

Thomas Jane was born in 1969 in Baltimore, Maryland, USA. He ended up in Hollywood and wound up working the streets, acting mentally disabled and asking for money. Working in local theater productions as well as a few commercials (although the commercials never aired on television) provided money for the bills. Jane first attracted the attention of audiences when he was cast in the starring role of real-life strike writer Neal Cassady in the Sundance-premiered The Last Time I Committed Suicide (1997). He's also best known for The Punisher, Deep Blue Sea, Boogie Nights and Original Sin. 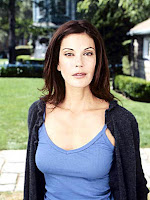 Teri Hatcher was born in Palo Alto, California, USA, in 1964. She studied acting at the American Conservatory Theater in San Francisco while taking a degree course in mathematics and engineering at De Anza College in Cupertino, California. Hatcher went to Hollywood to lend moral support to a friend during a open casting call. She, however, auditioned and won the role of the singing and dancing mermaid for the television series, "Love Boat" (1977). Her portrayal of a divorced mother, "Susan Mayer", was consistently named as America's favorite "Desperate Housewife".
by Jackrabbit on 4:09 pm