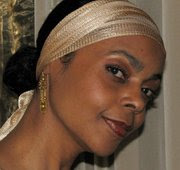 “Marlena Jeter’s voice sounds like pieces of silk chiffon floating on the breeze” started Linda Rondstat, who has also performed extensively with her. That's the perfect definition I could have found. Marlena Jeter, known for her high soprano register, started in the music business as background singer on various record projects of mainstream recording artists: Joe Cocker, Hiroshima ("Hiroshima"; "Odori"), Lionel Richie ("Dancing On The Ceiling"), George Benson ("While The City Sleeps"), Martha Davis ("Policy"), to name a few. She also worked on countless other Japanese artists projects like Keiko and Kazu Matsui.

Her life changed completely when she received a call one day from Davey Johnstone, Elton's guitarrist and musical director, who invited her to audition. "I was fortunate enough to work with him (Elton) and his band", explained Marlena when she was interviewed by Jack Rabbit in 2009, on the "Live Week", tributing the three wonderful ladies, along with Mortonette Jenkins and Natalie Jackson, while adding: "Believe me when I say that his band is one of the best! The work ethic in that organization is one I highly respect and I learned a lot during my 7 years of being a part of it all.". That's it! Since "Sleeping With The Past", where Elton wanted to reflect the style of 1960s R&B icons such as Marvin Gaye, Otis Redding, and Sam Cooke, whom he and Bernie admired, Marlena joined on one of the most remembered background vocalists trio.

Then it was Jeffrey Osborne ("Only Human"), Ofra Haza ("Kyria"), Ricky Martin ("Vuelve"), Kenny Rogers ("Christmas Greetings"), Joe Cocker again ("Have a Little Faith"; "Across From Midnight"; "No Ordinary World"), Steve Tyrell ("This Time Of The Year"), Laura Pausini ("From The Inside"), Rod Stewart ("The Great American Songbook, vol. 3"), Timothy Schmidt ("Expando") or Ronan Keating ("When Ronan Met Burt"); selected from an endless list of collaborations. As well as recording albums, she has been travelling worldwide performing live with some of entertainment's most established artists such Linda Rondstad, Timothy Schmidt, Aaron Neville, Rod Stewart, or Lionel Richie. Marlena has also been a consultant for several Los Angeles based production companies, as well as film projects. "Singing & composing are my greatest loves, but photography comes in at a close second!!!" she added with satisfaction. 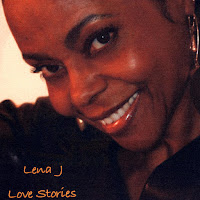 Not only a superb singer, Marlena’s song writing talent is even more indicative of her creative ability. As Lena J, she debuted an extraordinary album entitled “Love stories”, a diverse collection of songs that would appeal to R&B purists and the Hip-Hop Community as well. "The Promise", the icon of the album, is a tender and powerful song: "We wrote that song for a couple of great singers who happened to be married at the time, Kenny Latimore and Shante Moore and their record label wanted them to do a duets album of love songs", she adds. "I was told that they wanted us to write about the changes people go through in relationships, but done in a positive way. "The Promise" is about two people who have committed themselves, but temptation always seems to show up. In any case, they were able to resist because of their commitment to one another!". Her second album, an extension of the first, was called "Pleasure, Pain & Passion", an energic EP with songs like "If That's What U Want", co-written & co-produced with multi-platinum producer "BEAT MASTA WES" from the "UGK". As a result of her efforts, she has launched her own company known as Lady J Entertainment. 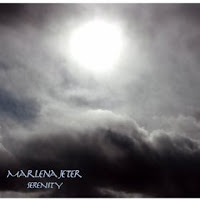 "Serenity", the new album, first started making in-roads in the Hip Hop community when super producer “DJ BATTLECAT” (producer of Platinum hits for SNOOP DOGG, DR DRE, BUSTA RHYMES) heard the recordings in a Los Angeles studio and started to share the information about the album with other artists and producers because he was so blown away by what he heard. Then, the Multi-Platinium Rap artist named “KOKANE” heard the project and he immediately became a Marlena Jeter fan and he too started to spread the word to everyone he came into contact with. "Serenity", it is an EP which consists of 7 songs. All the instrumentation was performed by me, it was written, arranged, produced & performed by me" she told Jack Rabbit this time. From all early indicators, the music industry might just be witnessing 2011’s most “Unusual Breakout Artist Of The Year” award in the making.

“Marlena’s voice is only exceeded by having the pleasure of meeting her in person. When you experience the whole package, you are in for a treat. A truly beautiful singer in every way”. I am agree in what Timothy Schmidt has said. Not else to add.
by Jackrabbit on 9:59 am