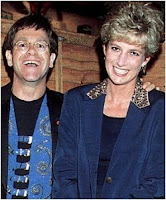 Diana Spencer was a direct descendant of King Charles II who married Prince Charles, becoming the Princess Of Wales. The Royal Wedding, which took place on 29 July 1981 in St Paul’s Cathedral, London, was attended by 3,500 guests. Known for her high profile charity work, Diana was the first celebrity to be photographed touching a person with the HIV virus. "A feeling of love for people, compassion, humor, sadness. She could connect with everybody. She made everyone feel special" related Elton to Barbara Walter's TV Show, short after her death. The black Mercedes S-280 bearing the Princess and her party, Dodi Al-Fayed had an accident in the Seine Tunnel, near the Eiffel Tower, Paris. Elton reworked his hit song "Candle In The Wind" into "Goodbye England's Rose" when he sang it at Diana's funeral, the "People's Princess" she became known. 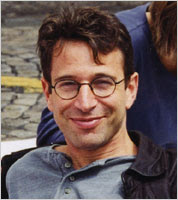 The Wall Street Journal reporter was kidnapped and murdered by terrorists in Pakistan in early 2002, just four months after 9/11. Pearl uncovered that the U.S. had mistakenly bombed a Sudanese pharmaceutical plant, believing it to be a weapons factory. Later, he broke the story of Al Qaeda's money laundering through the Tanzanite gem market. Danny's family and friends established the Daniel Pearl Foundation to carry on his legacy, using music and words to address the root causes of the hatred that took his life. "He was exceedingly brave, was one of these journalists from the media that put their life on the line to bring you the truth" said Elton before dedicated "Daniel" to Pearl. 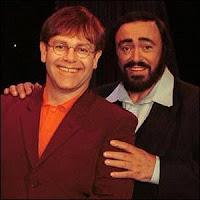 The famous italian tenor, also ventured into popular music, became one of the most succesful operatic tenors of all time. Pavarotti reached out to millions of viewers with his solo concerts, operas performances or charity shows to benefit children. He died at his home in Modena, northern Italy, after being diagnosed with pancreatic cancer in 2006. Elton John said it was "a sad day for music, and a sad day for the world". “The Bridge” was dedicated in the memory of “A Dear Friend Luciano Pavarotti” as Elton expressed it on his concert in Vevey, Swirzerland. 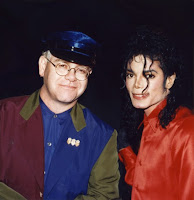 He started his career by becoming the lead singer of the band Jackson 5, before becoming the King Of Pop. "Thriller", released in 1982, was the largest selling album of all time, with over fifty million copies sold worldwide, and the it had seven hits. Elton described Jackson as "charming, sweet, lovely but damaged" and explained his experience: "He came down here and we closed all the curtains and had lunch. He said it was the first time he'd sat down and had a meal with people for 10 years. He would always eat on his own," he revealed to the Telegraph. He died of acute propofol intoxication after he suffered cardiac arrest. Elton performed a rendition of "Don't Let The Sun Go Down On Me", at his White Tie and Tiara ball, when he learnt of Michael Jackson's death 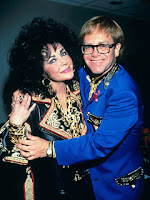 Renowned for her legendary beauty and startling violet eyes, she had mesmerized audiences as much with her private life as with her dramatic performances on the silver screen, with a career spanning six decades. "She earned our adoration for her stunning beauty and for being the very essence of glamorous movie stardom. And she earned our enduring love and respect for her compassion and her courage in standing up and speaking out about AIDS when others preferred to bury their heads in the sand" said Elton on The AIDS Foundation's statement. She died of congestive heart failure. Elton attended a private memorial service and sang "Blue Eyes".
by Jackrabbit on 6:02 am