Elton is well known every where, every country, because he is a worldwide artist... But, being an eltonite in Colombia have merit. Those countries like Colombia, Venezuela, Argentina, even Spain, the predominance is latin music. So, I would like to interview someone who really adores Elton... I have to bring one of the greatest fans Elton has in Southamerica... Ladies and gentlemen, a big applause for the person next to me... the beatiful, the fantastic, the incredible... Ana!!!!!!!

So thank you for the acceptation, really a pleasure to have you... Could you tell us, please more, who are you

First of all thanks to you for giving me the chance to talk about Elton John's music, it is a topic I really enjoy to talk about. My name is Ana Milena Yance, I am 18 yeard old, I am a student and I live in a city called Barranquilla in Colombia, South America.

Well...it all started one day at school. My english teacher used to bring songs for our listening activity and we were supossed to listen to the song and fill the blank spaces in the lyrics she gave us. So this day she brought Sacrifice and once she played it I just fell in love with the song. I had heard it many times before,but it was that time when I really payed attention to its beautiful melody and lyrics and I just loved it. I just thought the song was so pure and perfect and since then I got more interested in Elton John's music and became a fan. 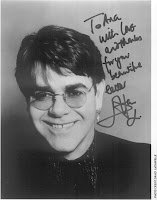 This question makes me sad, because I have never really gone to an Elton concert. I had the chance to go 3 months ago. I had been waiting for that all my life, because Colombia is not a place where Elton gives concerts as often as in other countries. It was the first time he came here after so many years and I was so excited about finally having the chance to go, but for many reasons I could not make it and I got really upset, but I keep hoping that someday I will. And well...the closest contact I have had with him is an autographed picture I got from him 3 years ago. I sent him a letter and he just sent me that picture back and I thought it was awsome!! I can not explain how happy I was when I got it and I consider it one of the most valuable treasures I have.

And how should be your dreamed concert? And which one of Elton's live shows you thought you should be there, if you could, even back in time?

My dream concert would be a concert where I am in the front row and Elton invites me to the stage to sing with him haha, and after the show is over he lets me go backstage to have some nice talk.I know it sounds crazy but that's how I picture the concert of my dreams. And if I could go back in time to assist to any EJ live show I would definetly go to the one I missed this year in my country. I think I will always wish I had been there.

The autographed picture he sent me, as I said it is a very important treasure for me, because the day I got it was one of the happiest days of my life.

True. What is like being an eltonite in your country? Which are the colombians preferences in music and which is Elton's place there?

I haven't really met so many eltonites here. I have met people who like his music, but most of them aren't as crazy as me hahaha. Besides they just play a very few of his songs here. In fact I have only heard Sacrifice being played here on the radio, that's why it is the song people know the most. To be honest everybody here knows who is Elton John, but most of them don't know much about his music. I think he might have more fans in other cities though.

Any colombian compilation or recording on Elton to remark?

I just know about an LP that was released here in Colombia, it was called The New Great Talent – Elton John, but there are probably a few more.

Oh, once you said "I am really really good at memorizing lyrics. There are LOTS of songs that I can sing exactly as they are written..." What do you think about Bernie's lyrics? 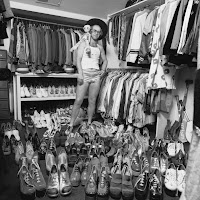 Well, yeah I am very good at memorizing lyrics and things in general and I love singing Elton John songs out loud when I am alone at home haha. I think Bernie's lyrics are very deep and hard to understand sometimes, you really need to analyse them because most of the time the real meaning or what they are trying to say is not what you think they say when you first read them. I must admit that many times I just sing the songs without knowing what they really mean.

Also you said: "OF COURSE I find Elton attractive. He's really really handsome"... really is he?

Yes, of course he is. But you also need to take into account that you asked me that a long time ago. When I was arround 13 or 14 years old I wanted to marry him haha I had one of those crushes people have on singers, actors and famous people in general. Now I am more grown up and I see him more like a great artist and someone I admire very much, but I still think he is an attractive man.

Perfect!!! And finally, could you tell me your five favourite Elton's songs in running order, for my AllSongsList?

Without a doubt Sacrifice is in the first place , because that song made me an Elton fan and it has been my all time favorite, followed by Daniel, Rocket Man, Goodbye Yellow Brick Road and Crocodile Rock. I always tend to change the last 3 places, but the first 2 have always stayed the same. 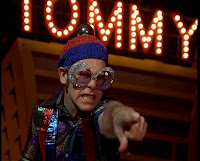 Well, to all the Eltonites out there I would like to say congratulations, I think we are all loyal fans. We are doing a great job, we have a lot of websites and a lot of Elton John groups, blogs and spaces to exchange opinions, information, pictures and all kind of stuff, it's like an EJ universe haha, I love it!!. And I would also like to tell Elton, if he ever reads this, to please come down here and give more concerts, he doesn't come that often to this country and it would be really great if he did.

Thank you very much, Ann, really a worth experience for me to do this interview. An honour you share your time with AllSongsList. Take care and good luck.
by Jackrabbit on 11:09 am