Happy Birthday, Bernie!!!!!!!!! AllSongsList Homage To The Most Greatest LyricWriter Of The World 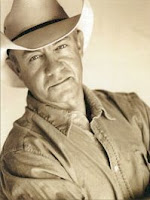 Bernie Taupin was born May 22, 1950, at Flatters, a farm house, between the village of Anwick and the town of Sleaford in the southern part of Lincolnshire, England. Taupin left school at age 16 and held various jobs as a young man. He worked as a farm laborer, in a factory, and as an apprentice printer. Taupin admitted to Billboard that he was "insubordinate" and got himself fired from the printing job, partially because it seemed like an eternity before he would be a full-fledged printer. As a young man, Taupin enjoyed writing and was encouraged in this effort by his mother. In 1967, after working at various jobs unsuccessfully, he went to London to respond to an ad in the New Musical Express. Placed by the new independent label Liberty Records, it sought artists and composers. 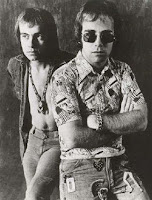 Taupin began working with Elton John at age 17. His first lyric written in this joint effort was called "Scarecrow," a demo that was never recorded. John had been making demos at Dick James's studio and used some of Taupin's lyrics before they met in person. Finally, they were introduced at the studio; afterwards, they went to the nearby Lancaster Grill on Tottenham Court Road, where they agreed to do some songs together.

By the time they worked together on the Tumbleweed album, which was released in 1970, Taupin and John had developed a style of collaboration in which Taupin worked alone, giving the lyrics to John who then developed the melodies. Taupin's writing habits have since changed; where once he simply sat down and wrote unaccompanied, he now finds using a guitar helpful in the creative process. He plays chords on the guitar as he writes the lyrics. 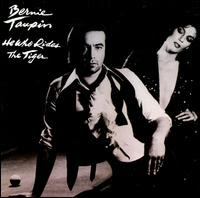 In 1980, Taupin recorded his first album as a singer, "He Who Rides the Tiger". Although he demonstrated a more-than-adequate vocal ability, the album failed to make a dent in the charts. Taupin later suggested in interviews that he didn't have the creative control he would have liked over the album.

In 1987, he recorded another album entitled "Tribe". The songs were co-written with Martin Page. "Citizen Jane" and "Friend of the Flag" were released as singles. Videos of both singles featured Rene Russo the sister of Toni his wife at that time. 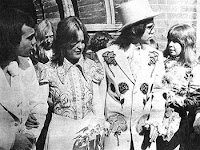 Bernie married Maxine Feibelman in 1971. The two divorced in 1976 and Taupin remarried in 1979 to mentioned Toni Lynn Russo. He and Russo divorced in 1991. Taupin then married Stephanie Haymes on 21 August 1993 and has two stepdaughters with her. They divorced in 1998. Bernie is now married to Heather Lynn Hodgins Kidd, whom he wed 27 March 2004 and has fathered two daughters, Charley Indiana and Georgey Devon.

Taupin had a fascination with the American West as a child. He was interested in the history and, particularly, the people who lived during the time of the gunslingers. He read books about Billy The Kid and Wyatt Earp. This interest eventually led him to move to the United States, where he has lived for over 20 years. He settled in California, became a United States citizen, and now raises cutting horses on a ranch in Santa Ynez Valley, California. With his new lifestyle, Taupin has become the image of the Brown Dirt Cowboy.

"Bernie Taupin to me is the greatest lyric writer that ever lived on the face of the planet." W. Axl Rose, singer.


"Without Bernie, basically, there wouldn’t have been an Elton John. I mean, without that stroke of good fortune and kismet as it were, Elton John probably wouldn’t have happened. I’m just a purveyor of Bernie’s feelings, Bernie’s thoughts" Elton John, Captain Fantastic