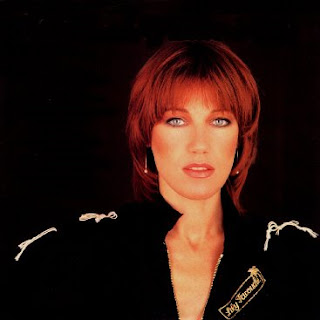 Born Pauline Matthews, 6 March 1947, in Little Horton, Bradford, West Yorkshire, England. She made her first public appearance at the age of ten at a Spot The Stars contest in Bradford. She got her big break at the age of sixteen when she was discovered by big-time British music mogul Mitch Murray. Murray had insisted on a stage name. Based on either her then-permed hair or her predilection for wearing Honor Blackman-style "kinky boots" (the story varies), Murray suggested the name Kinky Dee! They arrived at a compromise and Kiki Dee was born. She sang backing vocals for Dusty Springfield, among others, until Kiki released her first single, "Early Night," in 1963. She became the first British Caucasian signed to Motown, before hooking up with Elton John, who signed her to his Rocket Records label and produced her first notable hit, "I've Got the Music in Me."

In 1977, after some well-received concerts premiering some new material, Kiki released her new, self-titled album, with heavy assists from boyfriend Davey Johnstone and musical director James Newton Howard. Kiki contributes six originals this time round, four solos and two co-writes featuring lyrics by Gary Osborne. Davey Johnstone contributes one tune, "Keep Right On," while Bias Boshell contributes two of the album's best tunes: the upbeat "Standing Room Only" and another corker, "First Thing In The Morning." An outside composition was "Chicago," a very powerful blues-rock number with a devastatingly funky bass-line. Various problems, including the rise of disco, the sudden "persona-non-grata" status of Elton John in the States following his coming out in a highly-publicized interview, a glut of other Kiki Dee-related releases on the market ("Don't Go Breaking My Heart" and the reissue of Loving And Free) and good old-fashioned lack of promotion made the album die an undeserved death commercially. 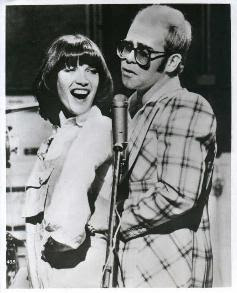 By this time, Kiki was living as a tax exile together with Davey Johnstone in an L.A. apartment. It was only a matter of time before the Southern California lifestyle caught up with her sound, which is where Stay With Me, the disappointing 1979 follow-up to her great self-titled 1977 album, comes in. After breaking up with Davey Johnstone, and perhaps disappointed by her falling fortunes in the States, Kiki returned to the U.K. full-time. Her next album would have her getting a fresh start, back in Britain with a new label (Ariola) and a new producer (Moody Blues associate Pip Williams). It seemed that she was finally emerging from the shadow of Elton John and forging an strong new individual career path. “Perfect Timing” eventually surfaced in 1981, with a lifeless version of the old Four Tops tune "Loving You Is Sweeter Than Ever," which just happens to be another Elton John duet.

This bio is extracted from the kikideeinfo.com website, which I proudly recommend it. I had the opportunity to chat a little with his web’s owner, Peter Mitchell and asked him a few questions about Kiki...

Elton' name was inmediatily associated to Kiki Dee's name when we think about duetting. Kiki Dee is a very loving person for us, eltonites, and we have to bring on a special guest star to chat a little about Kiki... Peter Mitchell, who owns the Kiki Dee's best fan website we could find in the website univers. That's http://www.kikidee.info/. So thank you, Peter, for the acceptation...

I was surprised to see how many languages has Kiki sang on... even that she represented Britain abroad in song contest... Didn't know it...

First off, thanks for having me. Once I started digging into Kiki's back catalogue, I too was surprised at how many languages Kiki has sung in. back in the 60's many english speaking artists did record the occassional 'foreign language' record, including The Beatles. But Kiki was different, her first 'foreign' record was of course "Aspetta Domani", sung in italian, which she represented the UK at the San Remo Song Festival in 1965. This single was released, initially only in Italy, later still in italian in Holland, then rerecorded in german as "Warte bis morgen" and in spanish as "Espera a manana". Later she did an ep in french, though only two songs, and fairly recently she sang in hindi and still does in her live shows, along with an english/french version of "Amoureuse". Kiki has actually represented the UK in three song festivals, San Remo as mentioned, the "Cerbul De Aur" in Roumania in 1970 and finally in the "Tokyo World Popular Song Festival" in 1980. Whilst she didn't win outright at any of them did secure final placings. Foe the last two this meant that she appeared in the winners concert and recirded live for an album of the festival.

Kiki has a career before singin' "Don't Go Breaking My Heart" with Elton... "Amoreuse", "I've Got The Music In Me"... and had also worked backing Dusty Springfield, Alice Cooper, Tom Jones, among others... What was Elton's help? What represented the success of that single in Kiki's career? Did the duet single impulsed her?

Kiki had a long career by some standards before Elton. She had two recording contracts, with Fontana and Tamla Motown and had been in the business for some ten years before meeting up with Elton. As Kiki puts it, it was a refreshing change to work with similarly minded and aged people, Elton just a few weeks younger than Kiki. Elton also encouraged Kiki to write as well, the famous story told by Kiki was when she was singinmg "Loving And free" to Elton and Elton misheard one line "Like an ox in a stream" and remarked about the unusual imagery used by Kiki. kiki then had to explain that she had in fact sung "Like a knot in a string". Elton helped Kiki a lot, he was the brother who showed Kiki the ropes, he introduced to a lot of different music, on of the types of music was the duets of Tamla, which leads onto "Don't Go Breaking My Heart". As far as Kiki's attitude towards that song, that has varied over the years, initially she saw it as a nioce little pop song, which went mega-global, giving Elton his first number one in the UK. During the eighties and sometime into the nineties I believe that Kiki saw it as an albatross around her neck, mention Kiki Dee and that is the only song anyone remembers Kiki singing, forget "Amoureuse", "I've Got The Music In Me" even "Star". Over the last ten years Kiki has accepted that this is one song he has to do, and with the arrangement being restyled by her musical partner Carmelo Luggeri, she now embraces the song.

At that time Kiki had a relationship with Elton's guitarrist Davey Johnstone... for how so long and why they ended? The were rumours about being with Elton too... do you think was that so?

Yes Kiki had a relationship with davey Johnstone. It lasted about two years, during which time both of them had gone to live in America. I believe that the reason for the split was more in terms of Kiki missing England than of any problems in their relationship, though little has actually been written about any part of Kiki's private life. As for a relationship with Elton, sorry I just laugh at this, as mentioned previously Elton is a substitute brother and they remain on very good terms. Whilst they dodn't see each other a lot when they do it is "family". A good example of this happen last year when Kiki turned 60, she went out for a quite meal on her birthday only to be interrupted by Elton landing by helicopter to wish her happy birthday.

What's Kiki Dee doin' now? Could you explain us a little bit the Kiki's project with Carmelo Luggeri? Are they touring?

For the last ten years Kiki has had a new musical partner, the very good guitarist Carmelo Luggeri (Italian, by the way), and between them had found a new musical direction for both of them. They have toured extensively in the UK with occassional jaunts abroad and released three albums. The 'unplugged' live "Almost Naked", the indian influenced "Where Rivers Meet" and two years ago "The Walk of Faith". The music they play live is a variety of styles and musical eras, Kiki still sings some of her Rocket material, interspersed with her and Carmelo's work, along with covers from the likes of Kate Bush, Peter Gabriel, doing the odd song by Frank Sinatra, the BeeGees, etc. I must mention that this year sees a lot of re-issues of Kiki's material, with the whole of the back catalogue of Rocket coming out shortly as well as Kiki and Carmel's DVD "Under The Night Sky".

And finally, could you explain us what we could find in that great website, kikidee.info?

The Kiki Dee Information Bureau brings together everything I have found out Kiki. this includes rare photographs, audio of every track that Kiki has appeared on (one track still eludes me though, "Espera a manana"), rare video of Kiki, either in TV shows, film, promo videos, and the occasional case of Kiki in concert. A comprehensive recording history which has involved a lot of tracking down of rare records, including and of interest to Elton fans, the rare twelve inch issue of "Don't Go Breaking My Heart" which seems to be missed out of most discographies. There is a year-by-year timeline history of Kiki, detailing concerts, tv appearances, recordings plus the occassional surprise interview which Kiki has given in the past.

Thank you very much for being here in the "Duets" Week... oh... do you like Elton? Which are your favourite songs?

Sorry to say I am not a great fan of Elton. I do love however the album "Goodbye Yellow Brick Road" and adore the video for "Nikita". As for my favourite song, that has to be "Candle In The Wind", everything about it is magical. Thanks for having me on.

Bye Peter, it was nice to chat a little with a kiki's fan. Greeting to all your community.
by Jackrabbit on 1:32 am