Masters Of Class Series (I): "Looks back to the 70s while bringing us forward to today" by Elizabeth Rosenthal 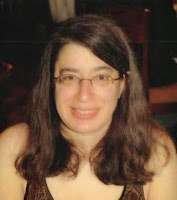 Born 25 March 1947, as Reginald Kenneth Dwight, Elton John is one of pop music great references. "I discovered Elton John in 1989. Over a decade after his commercial heyday. But better late than never. Besides, there was lots of music of his to discover. To this day, I keep discovering it." Elizabeth J. Rosenthal's passion for Elton is well-known. More than 70s concerts on her shoulders: "I act like a 13-year-old, climbing over seats to reach the stage at the appointed time". Her first book, "His Song: the Musical Journey of Elton John", was published in fall 2001 by Billboard Books, an imprint of Watson-Guptill Publications.

Elton John says he wanted to make a “joyous,” “jingly-jangly,” uptempo record to showcase his current mood and show the uninitiated how he and his band rock out on stage, night after wonderful, crazy night.  The result is Wonderful, Crazy Night, truly a “festival” of music, as Elton’s co-producer, T Bone Burnett, observed recently.  It needs to be heard! Hear ye, Elton’s stuck-in-the-70s fans; all sorts of Elton fans of all eras, ages, sexual orientations, body types, and ethnicities; and misguided people who were never his fans!  As Elton says, this album looks back to the 70s while bringing us forward to today. It was recorded live, with his regular, as the man himself terms it, “kick-ass” band. Every band member has shining moments on this album, and Elton again proves he’s got more piano licks up his sleeve than there are species of animal life on this planet, and that his voice gets better and better as he gets older and older. Plus, Bernie Taupin has come up with another set of evocative lyrics that can be pored over with fascination.  Here is my track-by-track overview:

WONDERFUL CRAZY NIGHT:  A joyous and rollicking opening to Elton’s 33rd studio album, which sets the tone for an uplifting, 10-song cycle.  Thinking back to a fun summer night of young romance – and plenty of eating, drinking, and music listening, Taupin writes: “Ice cubes on the back of your neck/ Warm wind blowin’ through the parking lot/ Radios hummin’ in every car/ And you feel like the clocks have stopped…. Loose clothes and a cool, cool drink/ A greasy breeze from the chicken stand/ Hearts on fire just one last time/ A wishbone snappin’ in every hand.” Elton’s piano goes through amazing changes, sometimes pounding loudly, other times chasing some rapid runs. New bassist Matt Bissonette displays on this and several other tracks his ability to recall the late Dee Murray’s playing, but with his own thumping, melodic style.

IN THE NAME OF YOU:  This bluesy, funky, infectious track recalls several others – “Wake Up, Wendy,” Elton’s contribution to the 1998 South Park album, Chef Aid;  “My Kind of Hell,” a bonus track on Elton’s 2010 album with Leon Russell, The Union; the Commodores’ 1977 hit, “I’m Easy,” in guitarist Davey Johnstone’s searing guitar solo; and any number of songs by the 70s band Bad Company, but with much better singing.

CLAW HAMMER:  Elton says that this one starts off like Steely Dan, continues like Little Feat, and ends up, with some very effective jazz-synth horns by keyboardist Kim Bullard, like Peter Gabriel. The Byrds are also audible, in the jingly-jangly mid-section of the song; Elton’s abstract piano outro, which inspired Bullard’s synth horns, recalls some of EJ’s extemporizing on the live version of “Madman Across the Water” that he and the band played on many a night just a few years ago. Taupin conjures up some interesting imagery about someone who is extremely hard to know: “You’re buttoned down/ All sewn up / You’re an archeological soul…. You’re gonna need a claw hammer/ Oh, my Lord/ To bust on through/ And break down your walls.”

BLUE WONDERFUL: About someone’s love for a pixie-like spirit affected by wanderlust, this is an exquisite, mid-tempo ballad that Bob Dylan really ought to cover. Elton’s voice begins with a soft vulnerability that’s new to his recordings. He pleads with his magical sprite: ‘Go where you want when you want to/ Just don’t let the wind tear you free / Stick around the light that brings you home / Don’t ever hang around with the breeze.” T Bone Burnett, though not officially part of the band, contributes some atmospheric, sonorous guitar work, as Elton’s sensitive piano lines gently lift it up.

I’VE GOT 2 WINGS:  I choked up the first time I heard this, but it’s not sad, just moving. It’s about the real but elusive Elder Utah Smith, an African-American preacher who lived a positive, uplifting life, traveling around the South during the time of Jim Crow wearing gigantic paper angel wings and playing an electric Gibson guitar as he preached mercy, peace, and love to black congregations.  It has a folky vibe; Elton hums at the beginning  and end a mystical melody that breaks into song about this fleeting , spiritual man: “I was here/ And I was gone/ Just a heartbeat from the past/ But I went from paper wings to the real thing at last.”  Echoes of pre-rock guitar noodling that the real preacher might have played haunt the last few minutes of the recording, heightening the song’s emotion.

A GOOD HEART:  A power ballad, but an emotionally honest one. Elton says this could be about him and David (his husband), or possibly about his writing partnership with Taupin, although the former option fits better: “Don’t be afraid of all my years/ What you see or what you hear/ It’s all yours and yours alone/ Yours for the taking/ So take it home.” This tune has country leanings, but is otherwise of a kind with “You’re Never Too Old,” from Elton’s 2010 collaboration with Leon Russell, except this one sounds more urgent and more personal. Elton’s strong, supple, hopelessly romantic vocal is the stand-out of the album.

LOOKING UP: This is the one we all heard first, when it was introduced to British and American radio back in October. Don’t be fooled by its deceptively simple verse-chorus hybrid structure. This is quite a tour de force in musicianship, and one of the three purely rockin’ numbers on the album (the others being the title track and the one coming up immediately below).

GUILTY PLEASURE:  Elton says this is the album’s most “raucous” number, and thinks that it could have been his punk anthem.  The electric guitars roar throughout, the melody is angry and defiant, and the whole thing moves like a hurricane. It is probably the most simplistic of all of the songs on this CD. Still,  I recommend CRANKING IT UP and jumping up and down to the beat in your “Rock Lobster” sandals.

TAMBOURINE:  This track is the most 60s-style, jingly-jangly of the 10; Davey Johnstone’s guitar parts come through squeaky-clean – you can almost touch them – as if he were playing right next to you. Instrumentally and vocally, it bears a striking similarity to the 1975 Rock of the Westies outtake, “Planes,” as well as the1976 Blue Moves album track, “Cage the Songbird,” but the melody here is more memorable and just plain lovelier. Better yet, on “Tambourine,” Elton hasn’t sounded so young in ages!

THE OPEN CHORD:  This song is among the most gorgeous on the album, even with its rock edge.  Elton has revealed that “The Open Chord” was inspired by his late-in-life fatherhood and that of Taupin’s with the lyricist’s young wife. The open chord is: “A new broom/ Sweeping up the scenes I no longer play/ cleaning out the corners/ Clipping off the horns/ That the devil used to make me wear all day.” As Elton sings, with evident happiness and satisfaction, “You’re an open chord I’m gonna play all day,” we see how he feels nowadays, as an Elder Statesman of Rock who loves what he does professionally and, with all his heart, the family he goes home to.

Eventually, her passion for writing, discovered in the third grade where she was doing the school paper, merged with a newly-acquired love of wild birds, and her current book "Birdwatcher: The Life of Roger Tory Peterson" (Lyons Press, 2008) chronicles the life of the naturalist and conservationist man, a birding guru to millions, the most resourceful  of scientists in his tireless sharing and synthesizing of information the world has provided.

Liz owns a blogsite on http://www.elizabethjrosenthal.com/ as well she has contributed to a variety of print publications and blogs. Among them are the following:

“Elton John and Ray Cooper at the Royal Opera House.” Official Program of the Charity Concert in Aid of the of Music Organ Appeal 28 January 2011.