Master Of Class Series (II): "Elton has returned, singing and playing with a vengeance that features some of his most upbeat, well crafted songs in a long time" by David Singler 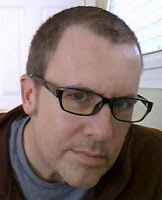 A year round Provincetown resident, David Sigler‘s passion and knowledge for Elton John and Bernie Taupin’s music makes him a renowned fan in the Elton die-hard circles. Ever since he heard Bennie and the Jets in 1974, a special bond was formed. “Next to Lennon and McCartney, John and Taupin are among the most talented, prolific, and diverse songwriters in pop music,” he proudly states. David is thrilled to host, Two Rooms: Celebrating The Music of Elton John and Bernie Taupin, to enlighten listeners of their respective work together and independently. David originally hails from Maryland and is a lifelong Baltimore Orioles and Baltimore Ravens fan (though he cheers on the Patriots too!) In addition to Two Rooms, he enjoys hosting a show called Pop Life: Top 40 Hits from 1970-2000, when the need arises.

"Wonderful Crazy Night" finds Elton John once again, surprising his fans with an all out joyous pop album after a few years of retrospective albums that showcased more serious subjects and downbeat themes. Not that the two previous releases, The Diving Board and The Union (w/Leon Russell), weren't up there with his best work post-2000. But rather, those albums harkened back to the traditional singer-songwriter era of Elton's career before Elton's genuine pop efforts kicked off with the likes of 1972's Honky Chateau. With "Wonderful Crazy Night," Elton has returned, singing and playing with a vengeance that features some of his most upbeat, well crafted songs in a long time.

The opening piano riff on the title song let's the listener know right away that this is going to be a fun tune. Just try getting that riff out of your head after multiple listens. "Looking Up", one of the singles, sort of conjures of the spirit of "I'm Still Standing" with a great guitar solo from Davey Johnstone and a defiant lyric from Bernie Taupin (who wrote all the lyrics on this album).

"Blue Wonderful", one of the few slower songs, has all the hallmarks of a typical Elton John ballad and is worthy of inclusion on any new greatest hits or compilation collection. "Guilty Pleasure" rocks (and rolls) with cool hand claps, rockabilly strumming guitars and a chorus in the 'Crocodile Rock' mode, along with a blistering guitar solo from Davey Johnstone that is reminiscent of his best '70s work (think the Caribou outtake 'Sick City').

"Claw Hammer" conjures up a southern swampy feel with it's percussion flourishes that bookend the song. Plus, it features a surprising jazzy finish with a horn section (that should have had more input during the entire song). "Tambourine" sways with a gentleness of Elton's best country-tinged songs and features long time percussionist Ray Cooper playing, what else, a tambourine.

"I've Got 2 Wings", one of Taupin's best lyrics on the album, is in the great story telling narrative he's so wonderful at writing. It opens with Elton humming the melody and an accordion in the background complimenting the song. This song is written about Rev. Utah Smith. Smith, was a preacher who wore two paper wings while playing guitar during his sermons and this song just may be the albums most thought out arrangement.

"England and America" (one of the bonus tracks) is another rock song that starts off with a bang a la something Meatloaf and Jim Stineman would have written (especially Elton's piano licks). "In The Name of You" has a cool piano opening riff that is accompanied by Kim Bulllards organ playing and Johnstone's guitar touches. "Free and Easy" (another bonus track), feels like it was an old demo from Elton's 1969's album Empty Sky (I'm not kidding) with it's Beatle-esque arrangement, organ and harpsichord.

I could really go on and on in detail about every song on this album. The striking thing for me is that it's clear that the intent and direction Elton set to achieve was masterfully executed on nearly every level. From the band (Nigel Olsson on drums, Matt Bisonnette on bass, John Mahon on percussion and the aforementioned Kim Bullard, Davey Johnstone and Ray Cooper), to the deft touch of producer T. Bone Burnett and of course, Taupin's unique but rather light hearted lyrics (at the request of Elton). Wonderful Crazy Night is an album in the grand tradition of Elton's best pure pop albums. No gimmicks. No following trends. No (thank God) dance beats with auto-tone enhancements.


Simply put, this is another excellent album from Elton John and Bernie Taupin, and likely to rocket itself into my Top 10 favorite Elton John albums of all time.