"Empty Garden" is a tribute to John Lennon, "Cage The Songbird" to Edith Piaf, "Candle In The Wind" to Marylin Monroe; that's all well known. But I just thought: is there anywhere songs written as a tribute to Elton John?

Tom Robinson penned a song for Elton for "The Fox" album, after collaborating on the 21 At 33 sessions. The story about two student gays was not about Elton as it could seem, just it was Elton who wrote the title "Elton's Song" when he picked up the collection of lyrics Robinson wrote for his album. It was Elton's song, a song for Elton. But certainly there are few artists who counts Elton John as an idol, and dedicate a song to him.

The first female 'rocker' of the francophone world, Diane Dufresne has often been compared to Édith Piaf for her sensitive and powerful performances. She released in 1972 an album which had a song called «En Écoutant Elton John», which translates “While Listening To Elton John”, by lyricist Luc Plamondon, who wrote many of her most popular songs. It was a big success, reaching Number 5 in the Top 10 French-Canadian Songs. Dufrense continued her work into the 21st century, winning many awards along the way.

Not climb the curtains,
Not climb on your high horse,
Try to stay so cool.
What makes you suddenly shouting
Like a fool, you'd better change the mood.

Speaking of love in stereo
That rest me of the sound of your voice.
Don't talk to me of love, I'll do it by myself
While listening to Elton John.

Not climb in columns,
Do not scare the birds,
Don't wake up the whole street.
Come you not hang around my neck, not just lick me
The knees like a poor lost dog.

Plamondon developed a close working partnership with Michel Berger, frequently getting together throughout 1976 to work on a new joint musical entitled "Starmania". Elton John also was a great Berger fan, he knew all his hits by heart, and contacted him to collaborate on two duets with France Gall, Berger's wife. Precisely, Berger composed in 1980"Il Jouait Du Piano Debout" for Gall, a tribute to Elton John that climbed to No 1 in French Singles Charts. The title means "Playing The Piano Standing Up" and it goes: 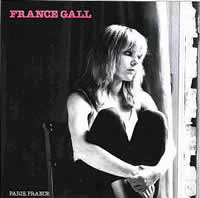 "Don't tell me this guy was crazy
He doesn't live like the others, that's it
And for strange reasons
People who aren't like us
They bother us

Some just for their music, they are patriots
It would be death on the battlefield for some notes
And for strange reasons
People whom tkae their dreams
They bother us

He and his piano, sometimes they cried
But it's when the others were not there
And for strange reasons
His image has marked my memory
My memory 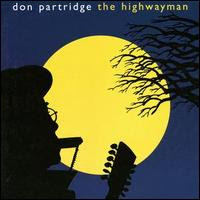 Another singer, Don Partridge explained his experiences of life on the road, on the autobiographical song "The Night I Met Elton John", 2004. In the 60s, Partridge was a successful solo entertainer who released "Rosie", a number 4 in the UK Singles Charts in March 1968 and "Blue Eyes", a Top 3 song which reads "Blue eyes look my way, Make today my lucky day, Blue eyes looking at me, Hope you're liking what you see (...) Blue eyes shining down, Everything is right somehow". Elton years later asked Gary Osborne to do a song with the same title. Another coincidence, Partridge has his own "Elderberry Wine" song. However, Don was too unconventional even for the music business and after touring Britain with a band of fellow street musicians and organising a "Buskers Happening" at the Albert Hall, he abandoned stardom for a life on the road. After more than thirty years of travelling, kept alive by busking and selling books of poetry, Don Partridge agreed to record a selection of his songs for Longman Records in 2004.

"Elton is 'chuffed' at least; Mary Lee's song pleases hit maker" reads a headline of Washington Post in 2006. The article began when Mary Lee's Corvette, a New York-based band led by Michigan-born singer-songwriter Mary Lee Kortes, invoked the name of the english pop icon on a song called "Where Did I Go Wrong, Elton John", 2006. “He said he was quite chuffed and that his entourage, who were all around listening with him, went around singing the song to him for days” said Mary Lee explaining that it was her homage to music's transportive properties. 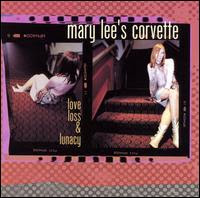 "Where Did I Go Wrong, Elton John"

And your melodies conferred
That my dreams were within reach
Every question had an answer
I could fly, this tiny dancer

Where did I go wrong, Elton John
Thought I wrote the perfect song
To sing along
Maybe even lean upon
But I was wrong so wrong
Elton John

You're part of the best part of me
One day the whole world might see
But I think it's going to be
A long, long time

And Vito Cole from Wayne, Nebraska, has been doing the singer-songwriter/band thing for about 10 years until releasing his debut album in 2002, "Someone I used to know". "I wrote this song 1 month after the unexpected passing of my father" reminded Vito while adding: "He had a very large record collection which we listened to together until the day he died..... We listened to everything from swinging with sammy kaye to brownsville station, Tom Waits to professor longhair, but we always seem to come back to elton john!!!!!". He was referring to the song "Elton John's Glasses", the one that ended the album. "So many great songs, so many memories of the record room at dad's house.... I miss my dad terribly but hearing elton always makes me remember him smiling, and playing his beautiful air guitar!!!" concluded. 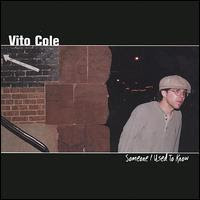 The main characters name is vito,
Cuz its a pretty good name,
It happens to be my name,
maybe that's a coincidence,
I don't know but I don't have pierced genitalia
or tattoos on my asses
I've heard of the baby jesus,
and I'm indifferent to elton john's glasses

My dad's favorite song might have been this one
Cuz he liked things that made him laugh
He's been dead for 3 years now,
I'm sorry this last verse is so sad,
But I'm trying to put up my front so u won't know this,
I'm writing him a song so he will know this
Cuz without him around I feel like I'm from mars

But everybody could be agree that the best lyric composed about Elton, is penned by Leon Russell. "When he first played that song we were all moved to tears", Elton says. "Then he said, “Thank you for saving my life”, and I lost it completely. It was one of the greatest moments of my life". Leon sings "The Hands of Angels", in the manner of a backwoods gospel song, celebrating a kind of rebirth. Russell underwent surgery for a brain fluid leak in January, threatening a Union retreat: "Well I could have been sick, I could have died". Also, he gives thanks to Elton for 'a brand new start’: "I wanted to give Elton something for all he was giving me," Russell says. "I asked my wife, 'What do you give a guy who has six fully staffed houses and 10 of everything else in the world?' When I sang it the first time, it was too high. But Elton liked it." 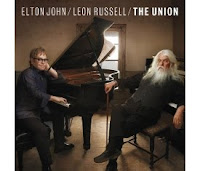 "The Hands Of Angels"

In the hands of angels"

end of part one