Commitment To Life benefit concert produced this time by Bernie Taupin, who saluted Elton as the most active pop world supporter of AIDS projects: "When this epidemic is wiped from the face of the planet, we'll all look back and have our heroes," he said, "and (Elton) is mine." Elton's speach was a reminder about Ryan White: "It's my job to repay that debt," Elton said, referring to the lessons learned watching the courage of young Ryan. He sat at the piano to sing "Believe" and the rousing "I'm Still Standing". His duet with George Michael on "Don't Let the Sun Go Down on Me" late in the show was another of the evening's musical highlights.

Elton John and Ray Cooper played 8 shows on a short Japan tour, with "Believe" and "Live Like Horses" on the set list.

Elton won the GRAMMY award for Best Male Pop Vocal Performance for the single "Can You Feel The Love Tonight". Elton was scheduled to perform, but was sick with the flu.

"The Classic Years" was a remastering of Elton's first albums. Gus Dudgeon and Tony Cousins spend about three or four days on each album. "Originally, I had to quieten the opening right down, in order to get a contrast with the big finish. You hear the song on the radio now, and you wonder if it's actually started for about a minute. Now, in the remastering, I've been able to pull up the intro and the front part to where it always should have been" declared Dudgeon on The Independent newspaper about the project. 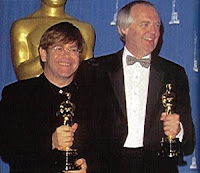 "Can You Feel the Love Tonight" by Elton John and Tim Rice won the Academy Award for Best Original Song, and performed the song with his band. Elton dedicated his Oscar to his 95-year-old grandmother, Ivy Sewell, who died a week ago. She was the one who made him sit down at a piano at the age of three, he said. 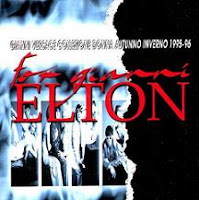 Gianni Versace Collezione Donna Autunno Inverno 1995-96 featured new instrumental songs by Elton like "Marching In Milan", "Queen" and "Into The Jungle", while also he appeared as a model in the catalogue (photographies by Richard Avedon).

Elton John and Mstislav Rostropovich were presented with this prestigeous music award by King Carl Gustaf XVI of Sweden on the Polar Music Prize.

Elton John and the band performed in Europe and Russia on their Made In England Tour. The tour began in Lievin, France and continued for 31 dates, ending in Frauenfeld Switzerland. 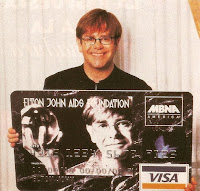 Visa U.S.A. announced that Visa Gold would sponsor Elton John's 1995 North American Concert Tour, titled "Made In England for the U.S.A.," comprising 24 cities. "This is a perfect match for Visa Gold with one of the world's leading gold-record performers," said Carl F. Pascarella, Visa U.S.A. president and CEO. "Elton John has been topping the charts with hits for nearly three decades".

Elton appeared on Bruce Robert's "Intimacy" album, playing piano and singin' background vocals on "Emerald" and "When The Money's Gone". Also he collaborated with Randy Newman's "Faust" playing Angel Rick, a musical based on Goethe's classic morality play, updated for the '90s.

Elton John was the special guest on the Stonewall Equality Show, at the Royal Albert Hall, in London, and surprised wearing a blonde wig, frock and fishnet stockings. He duetted with Kylie Minogue on Andrew's Sisters "Sisters" and also sang "I'm In Love With A Beautiful Guy" and "There Is Nothing Like A Dame" (from South Pacific).

He collaborated on a fantastic charity album, "Sol En Si", issued to support the French charity, Solidarité Enfants Sida, that helps children suffering with AIDS and their families. This album features an exclusive track from Elton, "Red", and outtake from "Made In England" sessions. Other star musicians on the project were Joe Cocker, Alain Chamfort, Zazie, Liane Foly and more.
by Jackrabbit on 2:44 pm