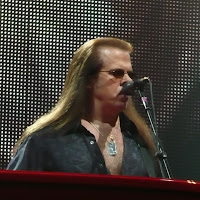 Born and raised in Michigan, Detroit, Bob Birch played saxophone, bass and bassoon, throughout his school years. After graduating from the fine musical institution of Wayne State, with performance and a education degree, he moved to Los Angeles. He played in several Californian groups and also toured with Jose Feliciano. In 1986, he joined future Elton’s keyboard player Guy Babylon in a band called Ashton, and issued in 1988 the critically acclaimed 'Modern Pilgrims' album through RCA Records. Before, he was “Bobby” Birch on a male pop rock group called Fortune, then with Larry Greene on vocals, along with brothers Richard Fortune on guitar and Mick Fortune on drums, plus keyboardist Roger Scott Craig. Although the album achieved significant sales in Europe and Japan, the band itself received virtually no revenue or recognition. He did several other projects together with Babylon in the mid 80s. And he also was part of the group The Stickmen, which featured John Mahon and a drummer and vocalist. 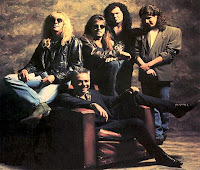 In 1991, Guy Babylon recommended him to join “Warpipes”, a group featured some members of Elton’s band, where Davey Johnstone wrote most of the music and lyrics were provided by Steve Trudell. When Davey needed a bass player for Elton’s 1992 world tour, after Pino Palladino declined the work, he inmediatily thought about Bob Birch.

In 1995, while “Made In England Tour”, Bob Birch crushed his legs and his lower back was broken when a truck spun out of control while he was walking down a Montreal sidewalk, and forced the band urgency to find another bass player; David Paton finished the tour. And during the Red Piano concert in Rotterdam, Holland, Bob had to perform from a chair due to suffering a back injury. “His leg was bothering him but he is doing fine”, explained me Michele Birch, asking about this. 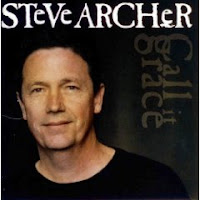 In 1997, he collaborated with Davey Johnstone on music for an episode of Fox TV's "King Of The Hill". And Jimmy Hunter's “Cazador” sessions bred Bob Birch recording rythm section with Rod Stewart guitarrist Paul Warren, and collaborated with them on 2005 album, "A Slender Thread," by rock singer, songwriter, and Austin, TX native Stacey Evans. Other project in 2005 found Bob Birch in Steve Archer’s reflective solo album “Call It Grace”; Steve is formerly from The Archers, an American contemporary Christian music group of the 70s.

Unfortunetely, the music body was found around the corner from his San Fernando home in the early hours, on 15th August 2012. His death was investigated as a possible suicide after a gunshot wound was found to the head. He was aged 56 at the time of his passing. It seems the tragic accident he suffered in Montreal let him spent the remaining years of his life fighting to manage his pain and suffering in silence.

Bob was a great reader and had an awesome feel on the bass. In the years since, he had become a centerpiece of Elton’s band, described by Elton himself as his greatest bass player.

Pictures of Bob Birch courtesy by Brigitte Jouet-Pastre's archive
by Jackrabbit on 3:31 pm