I've Heard This Record Too: Good, Not Great, Elton John. By John Kwok, from the Comittee Of Experts 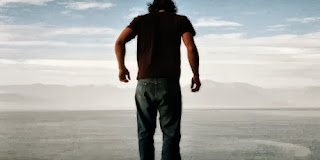 Much has been made of "The Diving Board" as the return of a stripped-down Elton John, accompanied primarily by bass and drums, in a style reminiscent of his early legendary trio, comprised of him on piano, Nigel Olsson on drums, and the late Dee Murray on bass. To a certain extent it is, but then again, it isn't, reminding this listener more of a lesser Big Picture"> without its great ballads "Live Like Horses" and "Something About The Way You Look Tonight", than any of Elton's earliest albums. It's definitely his most jazz-oriented album in years, replete with blues and gospel, but it is also his darkest, darker than "The Big Picture", with many songs written in minor keys, of which the darkest may be "My Quicksand", a haunting ballad with especially poignant, bittersweet lyrics by Bernie Taupin that is one of the album's best, with Taupin channeling the likes of William Faulkner and Frank McCourt. "Oceans Away", the opening song, is a heart-felt tribute by Bernie Taupin to his father's maritime career. It's followed by "Oscar Wilde Gets Out", quite possible the album's best song; a great ballad about Oscar Wilde's descent into madness by the John/Taupin songwriting team that bears favorable comparisons with "Empty Garden" ("Jump Up") and even, "Ticking" ("Caribou"). "A Town Called Jubilee" is a pleasant, gospel-influenced tune, that lacks the terrific vocals and melodies of "If the River Can Bend" (from "The Big Picture"), and "Amazes Me" and "I Never Knew Her Name" (from "Sleeping with the Past"). "The Ballad of Blind Tom" is a good gospel/blues-oriented ballad, but lacks the dramatic piano playing and vocals which Elton demonstrated on "The Wasteland" ("Songs from The West Coast"). Dreams # 1 and # 2, are terse piano solos in which Elton emulates respectively, Bach and Liszt (Dream # 1) and Chopin (Dream # 2), and may be among the most original tunes he has written for this album. Dream # 3 is a captivating jazz tune perfomed by Elton and the studio musicians. "Can't Stay Alone Tonight" is a pleasant, easy going, country tune, but a tune which lacks the memorable guitar playing of John Jorgenson and the riveting story recounted in Taupin's lyrics in "Turn The Lights Out When You Leave" ("Peachtree Road"). "Home Again" is definitely an instant Elton John/Bernie Taupin classic, with Elton yearning to returning home, replete with some of the most riveting piano solos heard on this album. Of the other songs on "The Diving Board", the most memorable may be "The New Fever Waltz", a rollicking country-western tune, and as runners-up, both "Mexican Connection" - this album's slowed-down version of "Monkey Suit" ("The Union") - and the wistful "The Diving Board", which John said was written as a tribute to the trials and tribulations of troubled young actress Lindsay Lohan; a slow-tempo bluesy, jazz song that emphasizes the dark themes present in most of the album's songs. (Much to my surprise, Elton dropped "5th Avenue", a memorable ballad that could fit well with "The Captain and The Kid" with a chorus reminiscent of "Burning Buildings" ("Breaking Hearts") and should have ranked along with "Oscar Wilde Gets Out", "Home Again" and "My Quicksand" as the album's best, for other songs that I believe are not nearly as compelling; it's being offered for free now at the Amazon UK website.)

"The Diving Board" is a good Elton John/Bernie Taupin album, but, when compared to earlier classics like "Honky Chateau", "Goodbye Yellow Brick Road", and "Captain Fantastic and the Brown Dirt Cowboy", or later ones like "Made in England", the greatly underrated "The Big Picture", "Songs from the West Coast", "Peachtree Road" and "The Captain and the Kid", it should be regarded as a pale imitation, even if Elton John and Bernie Taupin have advanced light years ahead of songs as memorable as "Rocket Man" ("Honky Chateau"), "Candle in the Wind" and "Goodbye Yellow Brick Road" ("Goodbye Yellow Brick Road") in their music and lyrics. Most of "The Diving Board" songs could have benefited from great vocal harmonizing of the kind demonstrated by Nigel Olsson, Dee Murray and Davey Johnstone in those classic early 70s and early 80s albums or by Olsson, Johnstone, John Mahon and Bob Birch in "Peachtree Road" and "The Captain and The Kid". Many of the albums I have cited also possess great orchestral arrangements from the likes of Paul Buckmaster - who is still composing memorable arrangements (a notable recent example is for Train's "Drops of Jupiter") - and Guy Babylon; in stark contrast, the string and horn arrangements on "The Diving Board" sound murky and undistinguished. I hope the next studio album will feature the current Elton John Band, whom I regard as the Wiener Philharmoniker (Vienna Philharmonic Orchestra) of rock and pop, not some hand-picked crew of studio musicians who are not as familiar with Elton's music as current band members or former members like drummer Charlie Morgan and guitarist John Jorgenson. An album that should be produced by a producer who truly understands Elton's musical legacy; someone like Stuart Epps or Patrick Leonard (producer of Songs from the West Coast. An album that could include a notable symphony orchestra like New York City's Orchestra of Saint Luke's playing new Paul Buckmaster orchestral arrangements, recorded in the same recording studio venerated by many classical and jazz musicians, the auditorium of the American Academy of Arts and Letters, used by classical pianist Simone Dinnerstein and alt-country singer/songwriter Tift Merritt in their critically acclaimed recent album Night, which sounds more like a tribute to early Elton John than does "The Diving Board". This year is the 40th anniversary of the original release of what many view as Elton's greatest album, "Goodbye Yellow Brick Road"; I suspect many will be more enthusiastic about acquiring its 40th anniversary edition, than in buying "The Diving Board".

John has been a fan of Elton's music ever since he heard "Rocket Man" for the first time on the radio and learned the words to "Crocodile Rock" in his junior high school music class back in the Fall of 1972. In high school, he remembers hearing "Island Girl" blasting out of the radio of one of his classmates in their drafting class. Having studied clarinet and piano in his youth, he's currently working on the keyboard as a freelance writer and book doctor. As a former paleobiologist, John is concerned with the quality of science education in North America and the United Kingdom and condemns the teaching of "scientific creationism", especially Intelligent Design as a great attack on public understanding of science. In high school he studied writing with Frank McCourt who would become famous years later for writing "Angela's Ashes" and was a prize-winning student of McCourt's; in college, he studied with a visiting English speculative fiction writer, Angela Carter.
He's written an unpublished near future alternate history post-cyberpunk science fiction novel set in the USA and Ireland; an excerpt was published here:

He intends to write a near future cyberpunk science fiction novel that will feature the music of a certain well known British pop and rock and roll musician.
by Jackrabbit on 3:14 pm

Etiquetes: Committee Of Experts, Eltonites About