Her Royal Highness Crown Princess Victoria, Victoria Ingrid Alice Desirée (born July 14, 1977), Duchess of Westrogothia, is the heir apparent of Sweden, being the first-born child of King Carl XVI Gustaf and Queen Silvia. She was born a Princess, however constitutional reform, reportedly enacted over the objections of her father, created her crown princess and heir apparent on January 1, 1980. Victoria has worked as a trainee at the United Nations in New York and at the Swedish Embassy in Washington, DC, and she has also participated in a three week introductory course to the Swedish Defence Forces that aims to prepare its participants for international missions. Victoria has also studied conflict solving and international peacekeeping, completed an educational programme with the SIDA, Swedish International Development Agency, interned at the Swedish Trade Council in Berlin and Paris, and studied forestry and agriculture. 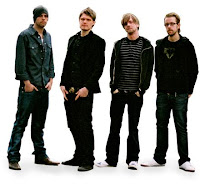 Mainstreet of Sweden started in the late fall of 2001. Since the start the band has been playing frequently around Sweden. During the spring of 2004, Mainstreet went into the studio and recorded their first album. At this time Mainstreet was an unsigned band. They decided to put in their own cash and managed to finish the first album by themselves. During 2005 Mainstreet got in contact with the record label Talking Music and were able to get signed and release their selftitled first album. It came out in May 2005. Mainstreet influences are Bruce Springsteen, Elton John and Ryan Adams.
by Jackrabbit on 12:12 pm