The Story Behind "The Greek Song" 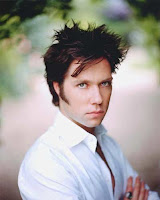 Rufus Wainwright composes and performs songs marked by intelligence, humor, and pathos. In his rendition, his songs are at once achingly plaintive and hip, their frank romanticism only barely mediated by a light dose of irony.

In a concert in Los Angeles, Wainwright was joined on-stage by Elton John, with whom he sang a duet of "Greek Song." It's a song about representatives of two different societies, an American guy and a Greek guy, meeting each other and having a brief sexual relationship and motorcycle adventure, and their different expectations of life.

Wainwright guest on Elton John 's "American Triangle," a tribute to Matthew Shepard, the gay University of Wyoming student who was brutally murdered in 1998 because of his sexual orientation. The two openly gay singer/pianists didn't meet during the recording, as Wainwright was in New York and Elton was in Los Angeles. But after Wainwright laid down the backing vocals for the chorus, he did receive a phone call from Elton.

When he had his addiction troubles, seeking guidance, he telephoned his friend Elton John, who persuaded him to check in to rehab at the Hazelden Foundation in Minnesota. He detoxed and underwent therapy at the facility, which he has stated in several interviews gave him "a second chance".

All the pearls of china
Fade astride a volta
Dont sew beelines to anybodys hide
Save your poison for a lover who is on your side"
by Jackrabbit on 2:40 pm