Hey Eltonites, I am so proud to have one incredible artist here. She's a well known artist, with a fruitful career as singer and as an actress. The doors of allsongslist are wide open to receive one of the greatest artists we could find out there: ladies and gentlemen, the fabulous Katy Rose.

Born on 27th January, 1987, she's real name is Kathryn Rosemary Bullard. She was born to a singer mother (a background singer for many 70's icons) and musician father Kim Bullard, who was often away as a tour keyboardist for Crosby, Stills, and Nash and Art Garfunkel and as a member of the band Poco. Katy also appeared on two successful movie soundtracks: Mean Girls and Thirteen.

She grew up in Tarzana, California, with music always present for obviously reasons: "My grandmother, his mother, was always very musically inclined. She was a harp dealer and made sure each one of her kids made music a top priority", said Katy to allsongslist. And added: "They lived in Atlanta, Georgia in a sweet neighborhood where my father became the town paper boy at a very early age. I think my grandfather really instilled a hard work ethic in his boys. When Dad started playing in bands he was maybe 14 or so."

The story continued, as Katy explains: "By the time he was in high school he was doing gigs all over the south with his respective bands. He didn't even make it to his own prom... he was playing at another school's dance! At 17, the guys in his band decided to move to LA and make it big, and my dad tagged along. Shortly after he made the move to Hollywood, he met and fell in love with my mother (Cecelia Gisiger), a night club and back-up singer. She often toured with him as a back up singer or just for company, much like I would do as a child."

To be the daughter of successful artists might be not easy: "Due to his unconventional job, I grew up on the road with him and in his studio".

Kim Bullard started to play with successful bands: "He was either really lucky or really talented because he started working right away. He was an original member of Poco and then toured with Crosby, Stills, and Nash, YES, Peter, paul, and Mary, and Art garfunkel (to name a few)". 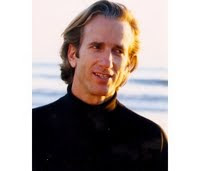 Recently, Kim Bullard became a member of Elton John band as the new keyboard player. And I thought about inviting Katy to quote on him, encouraging him on the new adventure, as all eltonites do. And she accept it because "I am always happy to talk about my father. I love letting anyone who hasn't had the pleasure of knowing him in on the not- so -secret fact that he's such an amazing person". Wow!!! We know that because it's true.

I would like to ask Katy, how's Kim Bullard as an artist: "He is hard working, determined, compassionate, creative, and musically brilliant. I've worked with so many musicians and producers all across the spectrum, and I still always chose him for the job when I need something to sound perfict". More than this: "Not only am I lucky enough to call him "dad", I've also had the pleasure of working with him for the past decade."

Yes, Kim Bullard was the producer and engineer of Katy's debut 2004 album: "By the '90s they had two kids and my dad began a very lucrative career as a music producer. A perfect example of his meticulous grace and artistry in music is my first album, "Because I Can". What started out as a lifetime of making music with my dad in our backyard turned into something larger than anything we could have ever anticipated when I got a record deal at 14". 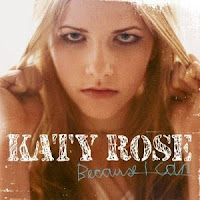 I truly recommend this album we're talking about, "Because I Can". Sometimes funny, sometimes sarcastic, it's a collection of songs about a teenage wasteland. "I am such an open book" she explained. And she is. She's a sense of poetry in writing words. Songs like "Enchanted", with great lines as "I broke my crown while kissing/little flowers" or my favourite "Teachin' Myself To Dream" with: "I'm teachin' myself to / Belive in the things I don't understand / I don't even know if they're true / That's what dreamers do".

Her second album, "Candy Eyed" was released more than three years after her debut album, and on an independent record label River Jones Music. "My career has been crazy and he has been with me every step of the way" explained with emotion Katy. "I am insanely lucky to have that kind of support in the cold world that is the music business. And added: "Being his daughter has definatly molded me into the artist I am today".

We didn't know what follows, and we congratulate: "Before my father got offered this amazing job, his latest role had been Father of the Bride (which he was wonderful at). He even pulled it together to deliver the most amazing speech ever"

We open our arms to Kim Bullard and wish him all the best in the new adventure: "We are all so happy to be a part of the Elton John family now. We all miss my dad, but we couldn't be happier that he is out playing music in the world again (not to mention with such an epic artist). He is eternally grateful for this opportunity; and I know you are all going to love him... just like I do!". Yes for sure, we love him and will support him.

Thank you very much Katy for sharing your time with us. For me it was incredible to chat with you, and I wish you too all the best of the world. Thanks for being in the music, Katy. A big kiss.

Oh, Guess what? I've got here a very good friend of yours that would like to say some words about Kim Bullard:

"Kim Bullard is one of the Great Ones!
I've had the pleasure of working with him many times.
He is a good friend!
Kim in Elton's Band...is a great match!!"

Yes, it's the fabulous Richie Zito. I would like to thank him for helping me with this welcome!!! A surprise for you Kim!!
by Jackrabbit on 2:44 pm