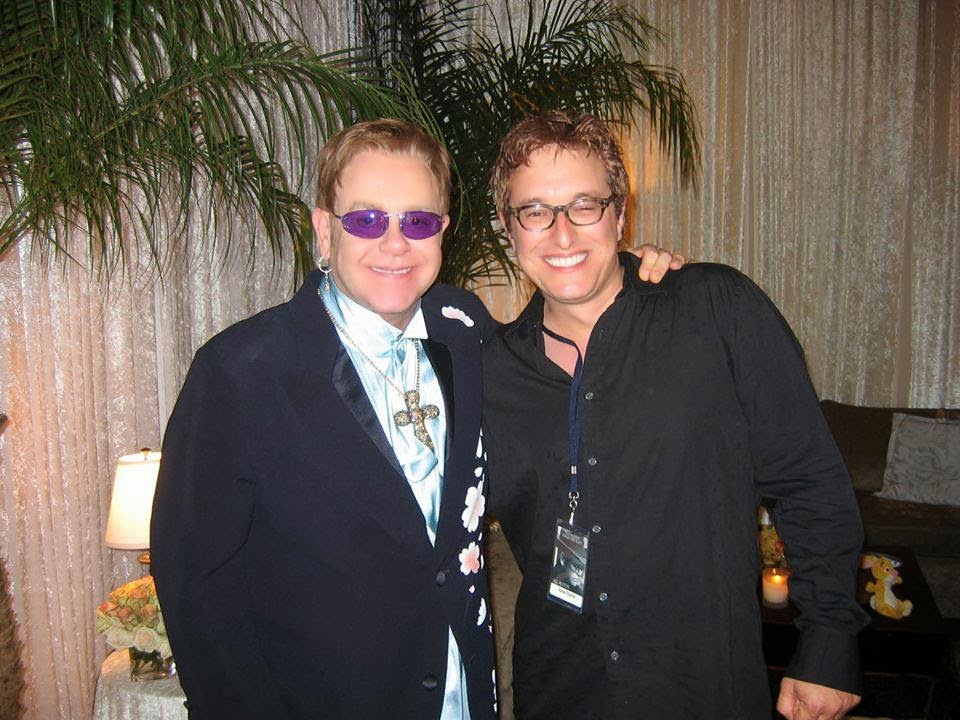 "Wow! Quite a project to undertake but very interesting! I'll do my best to put aside some time", exclaimed Adam Chester when I presented to him the project. "So I chose 30 songs. Wasn't easy". No, it isn't. The man who knows Elton so well, for who "Elton is inspired and inspirational. Honest, sincere, and totally cool and I consider myself a lucky man to say that I know him." he has the difficulty to choose from a long vast catalogue. "B" sides, obscures tracks, hits, a mix of quite different songs. That's Adam's list of 30 Top Elton John songs. "Surrogate Elton", you decided:

1. Funeral For A Friend/Love Lies Bleeding-The obvious choice for me as this song is a mind-boggling classical composition from start to finish.  And it NEVER gets old.

2. Medley-Yell Help/Wednesday Night/Ugly -A trio of playful songs that go so well together and features one of the best background vocals by Labelle and a clavinet solo James Newton Howard saves to the very end.  As a keyboardist myself, it makes me wanna yell help!

3. Dan Dare-I didn’t really get the phallic nature of this song when I first heard it in 1975, but it makes me chuckle now.  Is this the Rocket Man of the future?

4. Island Girl-So can you tell I loved Rock of the Westies? Island Girl is such a tropical delight, you wonder if Elton is really an Englishman.  The chord progression is so ORIGINAL!  This whole LP is pure inspiration at work.  And I didn’t even have enough space in this list to mention…I Feel Like A Bullet, Feed Me or Billy Bones… 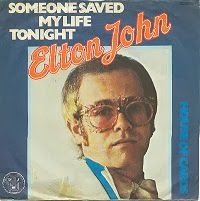 5. Someone Saved My Life Tonight-This song has saved my life on more than just one night.

6. Sorry Seems To Be The Hardest Word-Those opening notes, the strings, the lyric…

7. Ego-This was the first song I ever saw a VIDEO of in a MOVIE THEATER before the feature started.  That, and the song’s oddity, rocked my world.

8. Step Into Christmas-A fantastic Christmas song!  Wouldn’t you rather hear this than Sleigh Ride?

10. Voyeur-The melody Elton sings for the lyric-“Solitary eyes that I’ve been looking through…” is CLASSIC ELTON JOHN.  True to form, this song could have come from Honky Chateau and proves that EJ can still write like a young, vibrantly relevant songwriter.

11. I Don’t Care-This is a rocker that deserves far more attention than it ever got.  Love it!

12. Empty Garden-The most beautiful homage to John Lennon ever written.

13. Greatest Discovery-I found this song much later in life and actually got to play it live at USC with James Newton Howard conducting the USC Orchestra and the Elton band behind me.  For all of us who are blessed to know such love, “This is your brand new brother”, says it all.

14. I Want Love-And who doesn’t.  But it’s impossible not to love this song with an awesome one-shot video of another icon and the most Beatle-like chord progression Elton’s ever written.

15. Madman Across the Water-I’ll listen to this song in any version available.  That haunting yell Elton sings personifies the sound of a madman!  And the guitar work is sheer brilliance thanks to Davey Johnstone.

16. Home Again-Another new song that I was fortunate to write the choir arrangement for that piano solo section that Elton continues to use on various live gigs.  Makes my eyes well up.

17. Captain Fantastic and the Brown Dirt Cowboy-This song makes me want to put on my cowboy boots with spurs and go chew on some tobacco on a dusty road somewhere.

18. Don’t Go Breaking My Heart-I remember the first day I saw that video of Elton and Kiki. Corny, but unforgettable.

19. Curtains-the first song I ever sang background vocals with Elton on live at MSG and in Boston at the Fleet Center.  He and I had quite a thing goin’ back and forth on that LUM DEE LUM DEE LAY OH or whatever it is that’s on Youtube. Still have to pinch me when I watch it. 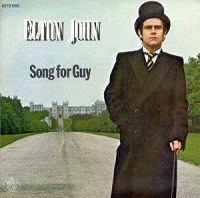 20. Song For Guy- always loved this instrumental with that whispered vocal at the end-“Life Isn’t Everything”.  Holds so much more meaning to me now that I knew, loved and miss Guy Babylon.

21. Kiss The Bride-Another rocker that should be remade by somebody.

22. Friends-Ah that pink album cover.  And Elton scored a movie?  Really? How cool was that?!

23. Hey Papa Legba-The first time I heard those horns, I thought Elton struck gold. And hardly anyone talks about this song?  Crazy.

24. Elderberry Wine-Never drank it, but BLACK EYED-PEAS-ME is seriously one of the most original lines EVER!

25. Sweet Painted Lady-I sing this song as I go on my morning jogs and realize I’m singing the words-“Gettin’ paid for being laid” out loud. Oh the horrors of what other people must think…

26. Better Off Dead-love the vaudeville feeling of this song.

28. Harmony- The most beautiful ending chord progression I’ve ever played.

29. Skyline Pigeon-One of the first songs of Elton I ever mastered at the piano.  Still holds a special place in my heart.

30. Religion-We all make the same mistakes, we’re gonna wind up with the Man.

Picture courtesy of Adam Chester
by Jackrabbit on 2:48 pm